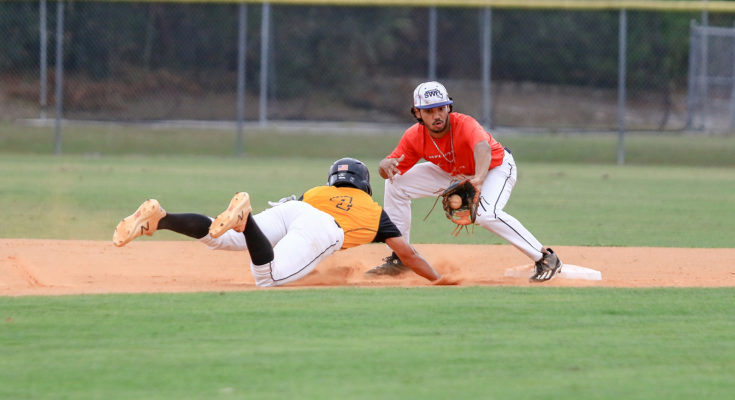 Fall baseball season began for Pasco-Hernando State College on September 22 as they traveled for their first two scrimmage games in Auburndale against Broward College then Polk State College in Winter Haven. After taking a well-deserved summer off from coaching, Lyndon Coleman says it’s great to be back.

“Sometimes when you are out on the baseball field 365 days out of the year, as much as we do love the game, it does drain on you a little bit. It’s good to get away, refresh. There’s a little bit of newfound energy that I had as the head coach coming into this fall, so it was good,” PHSC head baseball coach Lyndon Coleman said.

As new PHSC student-athletes take the field, there is a mixture of talent on this season’s roster. For the fourteen freshmen coming right out of high school, they are accustomed to a practice and/or game routine. Breaking those routines can be a challenge at first.

The mixture of talent added to the Bobcats roster for this season are six college/university transfers.

“Even though they are new to our program, they are older and more experienced players than the high school kids,” Coleman said. “You want a balance. If you bring transfers from four-year schools, returning (players) from the previous year and some freshmen from high school, then there’s a good balance, a good mixture. That’s the key to having good chemistry in a ball club.”

Last season PHSC overall had 35 wins and 25 losses. The team excelled in competing for the Baseball World Series. The Bobcats reached NJCAA DII Baseball World Series – Semifinals, where they traveled to David Allen Ballpark in Enid, Oklahoma, on May 25, 2019. They dominated in their placing position but unfortunately lost the last game against Northern Oklahoma Enid.

“We are just excited to get the ball rolling,” Coleman said. “It was awesome how the team from last year set the standards of the program with what they did. There’s a lot to live up to. The expectation for this team is very high. Anything short of going to the World Series, and competing for the national championship will be a disappointment. With that being said, hopefully, these guys can step up, continue to develop, and come together as a ball club.”

The next home game is at 3 pm on Monday, October 21 against College of Central Florida.