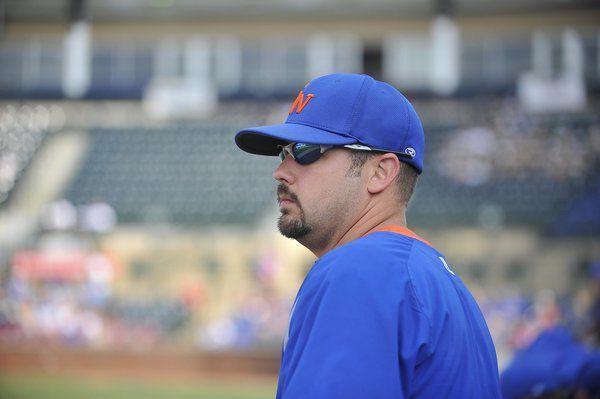 For Michael Gover, baseball is a ‘Way of Life’.

After dedicated nearly 14 years to coaching baseball in the county school system, Michael Gover was the obvious choice to take over as the new Southwestern High School baseball head coach. Gover, who has been a part of the Warrior varsity baseball coaching staff since 2010, will now take over as the Warriors’ head coach after former skipper Alex Eaton stepped down to take over the school’s athletic director position.

As a middle infielder Gover was a standout baseball player at Pulaski County High School from 1994 to 1998, and went on to play his collegiate baseball at Lindsey Wilson College. Gover started his coaching journey as the head coach of the Southern Middle School baseball team from 2005 to 2009.

In 2010, former Southwestern High School baseball coach Rodney McAninch asked Gover asked to join the varsity baseball coaching staff along side another assistant Alex Eaton. In 2011, Eaton took over as the Warriors’ head baseball coach with Gover as one of his top assistants.

Although he has spent his last 17 years in the banking industry at Cumberland Security Bank as his day job, Gover usually finished up each spring day on a baseball field. Gover always had a love for the game of baseball, but once Southwestern High School baseball coach Alex Eaton stepped down things changed.

“I have been around baseball so many years, “Gover stated. “When the opportunity came up and Alex (Eaton) approached me about it, I sat down and talked to my wife about it and made sure if she was onboard. Because if she is not onboard, then nobody is. It was one of those decisions that ‘what are you going to do if you are not around it?’.”

“When it became real that Alex was leaving and I thought I may be done too,” Gover stated. “That hit home that I might miss it. So, I decided, I have done it, I enjoy it, I love being around the kids, and I love trying to be a positive influence in their lives. So, I felt like that was something I needed to continue to do because I enjoy it, it is fun, and that is all I have ever known for the last several years.”

His love for the game of baseball and the Warrior program was a driving factor in Gover’s decision to take over as the next Southwestern High School baseball coach. However, Gover knows he has big shoes to fill as his former mentors, Alex Eaton and Rodney McAninch, left behind a big legacy to uphold. McAninch led the Warrior baseball program to their first-ever 12th Region title in 2004 and Eaton won a 12th Region crown in 2014.