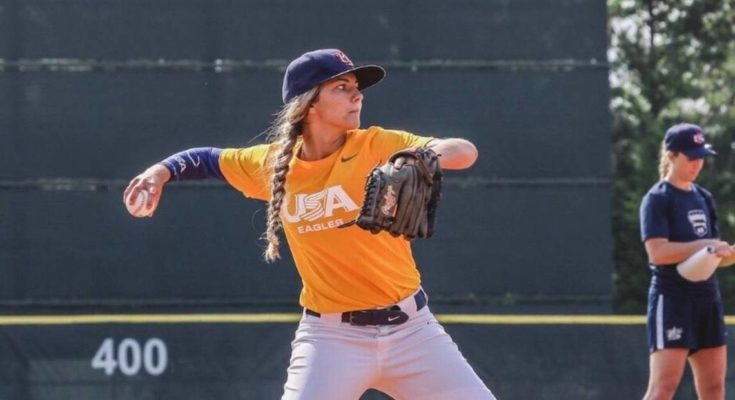 Trinity Curtis is all about “breaking barriers,” and as a girl in the world of baseball, there are plenty left to be broken.

At 17, she has already torn down a few. As a freshman, she was the first girl to ever make Yosemite High School’s junior varsity baseball team. A year later, she was one of about 100 girls to be invited to the inaugural MLB Trailblazer Series, a youth academy meant to promote baseball among young girls.

Curtis has continued her immersion into the traditionally male-dominated sport of baseball this year. In June, she got the opportunity to travel to North Carolina and try out for the U.S. Women’s National Team for the 2018 World Baseball Softball Confederation Women’s Baseball World Cup in Viera, Fla., Aug. 22-31.

In her nine years playing the sport, she said the scrimmages at the national team tryouts were among the most competitive she had ever played. Curtis made the preliminary 40-woman roster as a utility player, meaning she could be deployed at nearly any position, but was unable to make the final 20-player roster.

“I knew I was OK at playing baseball, but I never would’ve thought I would have made the 40 for Team USA. I was definitely surprised,” Curtis said.

For Curtis, as surprising as her achievement was, her competitive nature was quick to remind her that it only meant there was more to be done.

“I’m always trying to keep pushing how far I’m trying to go. Making the national team would be a huge step for me,” she said.

The Yosemite High senior even stopped playing basketball to further focus on baseball. The prioritization of baseball over all other sports comes as no surprise; it basically runs in her blood.

Her grandfather, two older brothers and her mother all played the sport and each has influenced her to continue pursuing it.

“They all coached me,” she says.

Her grandfather, Wayne Curtis, would play catch with her from a young age. The sibling rivalry with her two older brothers, Josh and Shane Curtis, instilled the confidence she needed to play amongst the boys.