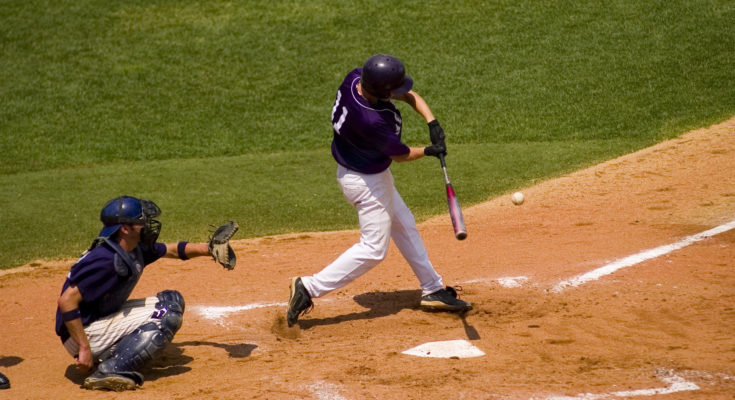 Florida has the edge with 14 teams, with Jesuit (Tampa) coming in the highest at No. 5. California, meanwhile, comes in second with 13 teams including the No. 1 overall team in Notre Dame of Sherman Oaks.

1. Notre Dame (Sherman Oaks, Calif.)
Coach: Tom Dill
2019 Record: 24-7, Mission League champion
2019 National Ranking: 37
All-American candidates:Lucas Gordon, LHP/1B (.366, 1.39 ERA, 56 Ks, 5-1, Texas).
Other key returners:Devan Ornelas, Sr., CF/SS (.423, 20 RBI, 2 HR, TCU); Daylen Reyes, Sr., 2B (.398, 17 RBI, UCLA); Tyler Stromsborg, Sr., RHP (1.58 ERA, 36 Ks, 6-0).
Toughest games: National High School Invitational, April 1-4; Boras Classic, April 13-17; Harvard-Westlake, April 21, 22 and 24.
Outlook: The Knights check every box necessary to win a national championship: 1. They were successful last year, winning the always-tough Mission League; 2. They return a multitude of starters, including their top eight offensive performers as well as 20 pitching wins; 3. Those returning players have plenty of talent with Gordon, Reyes and  Ornelas all ranked among the top 35 players in the state of California; 4. They play a national schedule, participating in the nation’s toughest tournament — the National High School Invitational — along with the Boras Classic South; 5. They face tough playoff competition, as the Southern Section Division 1 playoffs may be the toughest playoff bracket in the nation. If the Knights can get through those three tournaments relatively unscathed, there’s no reason they won’t be the No. 1 team in the nation at the end of the 2020 season.