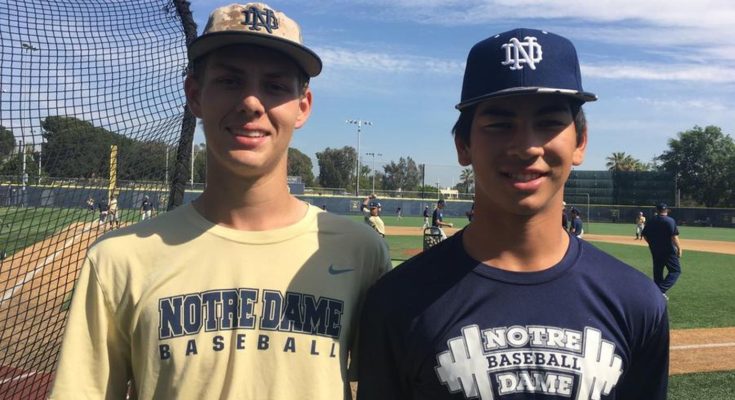 With seven returning starters from a 23-9 team, including standout pitchers Lucas Gordon (sophomore) and Carter Kessinger (junior), Sherman Oaks Notre Dame is gearing up to be one of the top baseball teams in Southern California.

Yes, Hunter Greene is gone and off to pro baseball, but the Knights are loaded with some of the best young players in the Southland.

Everything starts with Gordon, a USC commit who’s not only a standout pitcher but will provide plenty of hitting support. Kessinger was the big surprise last season, going 6-1 as a sophomore. As soon as Notre Dame identifies a No. 3 pitcher, watch out.

Sophomore Daylen Reyes, a UCLA commit, is at second base. He batted .302 as a freshman. Then there senior football players Michael Whiteside and Noah Taylor, both of whom can bash the baseball. And beware of sophomore infielder Devin Ornelas, who hit .284 as a freshman.

Gordon, though, is the player to watch. Many thought he was the No. 1 pitcher from the Mission League as a freshman. He went 10-1 with a 1.21 ERA. He’s stronger, throws harder and he’s a lefty with nasty stuff.