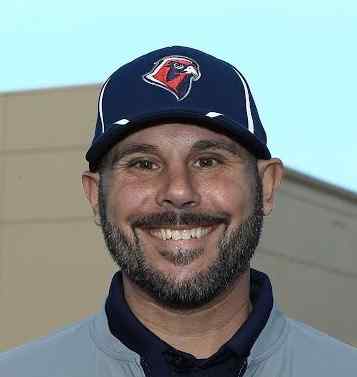 In lieu of the mutual departure of former head coach John Fedota, Motta looks to bring a level of stability to a program that has had three different head coaches in the last three years.

“Of course a repeat is on our mind and that’s what we will strive to do,” Motta said. “But the only thing we can control is our attitude. What we’ve set forth with our mind-set this year is that we can still have a successful season regardless of wins and losses.”

Motta lettered in baseball, football and track for the Bulldogs before graduating with honors in 1996. He later went on to play baseball for a season at Solano Community College in 1997 and played in the American Amateur Baseball Association from 2004-06 with games against the nearby Solano Steelheads.

Last year, Motta was an assistant coach for the Vacaville American Little League Diamond Backs team and went on to earn a title in the majors division District 64 Tournament of Champion title alongside head coach Trevor Carrington.

“Working with VCS is exciting because the student portion of the student-athlete is special,” he explained. “They are striving to go to Ivy League schools or other colleges, so many students have above GPA’s higher than 4.0 and their goals for academics outweight their athletic contributions tenfold.”

Motta has had recent opportunities to discuss the plans and overriding goals with some of the players on this year’s roster but realizes that what they’ve developed is something he doesn’t want to hamper.