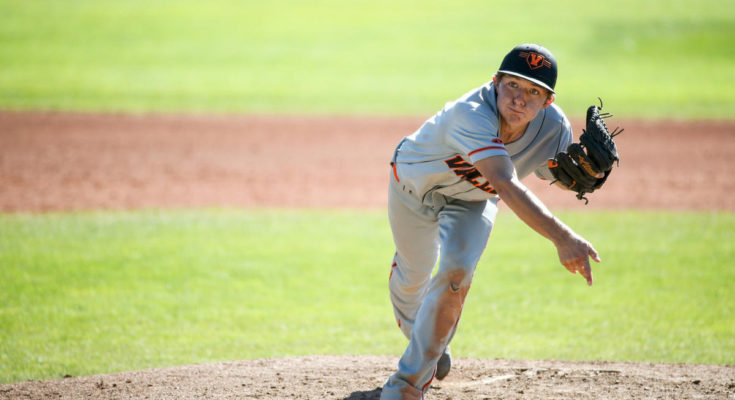 During the 1A baseball regular season, Valley was only the third-best team in the southern region. In the playoffs though, led by senior Garrett Spencer, there was no stopping the Buffaloes.

Spencer backed up a fantastic regular season with a dominant state tournament and he’s been named the 2017 Deseret News 1A Baseball MVP.

“Not only is he a good player, but he’s a really, really good kid and a kid that people just like to be around. He’s a positive influence on anybody that comes around him,” said Valley coach Joseph Sorensen.

Spencer ended the season with a .469 batting average, and on the mound finished with 57 strikeouts in 60 innings and a 1.63 ERA.

His two biggest victories on the mound came in the playoffs.

Spencer was forced to exit the game when he reached the UHSAA’s mandated 110 pitch count, but Orrin Wood got Valley out of the jam for the school’s first state title since 2014.

Spencer was equally as dominant at the plate during the three-game playoff push as he went 9 for 10 with two walks.

“He moved to leadoff midway through the season, and when he took over that position he was very, very hard to get out,” said Sorensen.