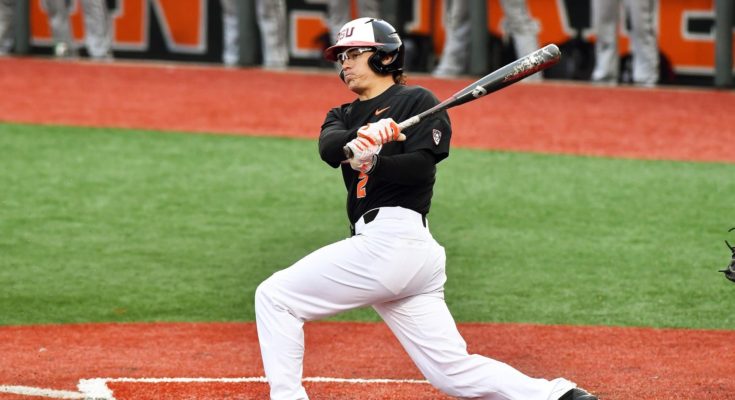 The series between the team is now tied at one apiece with the rubber match set for Sunday at 12:05 p.m. PT.

The Beavers (24-5 overall, 7-4 Pac-12 Conference) jumped out to a 1-0 lead in the first – thanks to a Steven Kwan triple – and after Arizona scored two in the bottom half of the frame, tied the score on Grenier’s first double of the game.

The Wildcats (18-11, 3-5) scored the game’s next four runs before Grenier drove in a pair via his second double of the game in the sixth.

Michael Gretler also had two hits for the Beavers, who finished with nine on the night. Five of the nine went for doubles, with Gretler, Trevor Larnach and Tyler Malone tallying one apiece.

Luke Heimlich started for the Beavers, and allowed nine hits and four runs in 3 1/3 innings. He was charged with his first loss of the season and is now 7-1.

Michael Flynn started for Arizona and earned his fifth win of the season after giving up seven hits and four runs in 5 2/3 innings.