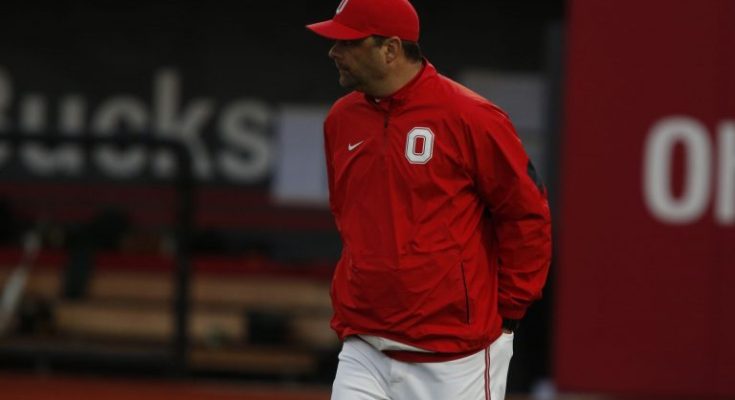 Mike Stafford had spent the last seven seasons coaching pitchers at Ball State on the staff of then-head coach Greg Beals. But when Ohio State head coach Bob Todd retired in 2010, Beals emerged as the front-runner to take over the position.

Stafford played for the Buckeyes from 1994 to 1998, serving as the closer his last two seasons. After graduating from Ohio State, he dreamed of returning to his alma mater to coach. And with Beals potentially heading to Columbus, the dream looked like a possibility.

All this excitement was stored in the back of Stafford’s mind while on a recruiting trip to Chicago. While evaluating a recruit, his phone rang.

“[Beals] called me on his way home from somewhere and said that ‘[Ohio State Athletics Director] Gene Smith just called and said that he offered me the job,’” Stafford said. “And I remember I was in Chicago, I took the call and went running behind the stadium and I was like ‘Wow this is, this is another life-changing moment.’”

The opportunity had been a lifetime in the making for Stafford, who recently became Ohio State’s associate head coach.

Stafford was born into a baseball family. He’s the only son of pitcher Bill Stafford, who won two World Series titles with the New York Yankees in the 1960s.

Stafford said he constantly felt pressure from the media in Canton, Michigan, to live up to his father’s level.

“There was awfully a lot of pressure to either match what my dad did or be better,” Stafford said. “But at the same time I felt like I learned a lot from it and made me a better player and person, and now a coach because of that.”

Growing up 9 miles from Ann Arbor, Michigan, meant a majority of Stafford’s friends attended either Michigan or Michigan State, but he wanted to do something different. He wanted to leave the state. His high school baseball coach knew Todd, and after a visit, Stafford knew Ohio State was the place for him.

Settling into first base to begin his Ohio State career in 1994, Stafford saw little playing time until his redshirt junior year. The Buckeyes had several left-handed pitchers leave the program and an opportunity appeared.

“The biggest thing I wanted to tell coach Todd was, ‘I pitched in high school, I can help this team as a pitcher,’” Stafford said.

The coaches gave him a shot in fall workouts and he won the closing role in the bullpen.

Stafford saved six games in his redshirt senior season of 1998, 12th most all-time in a single season at Ohio State. His ERA was the lowest on the team in both 1997 and 1998.

The Toronto Blue Jays felt Stafford was worth a 41st-round draft pick and he played in the minor leagues for four seasons. His professional career came to an end with the High Desert Mavericks, the Advanced Class-A team of the Brewers, after the 2001 season.

“I was looking in the mirror, just thinking, ‘I’m 27 years old, I’m in high-A. I’m not making the progress that I feel like I need to to make my career as a big leaguer,’” Stafford said. “I felt like the writing was on the wall and I really needed to think about my future, and my future was I wanted to stay in the game of baseball somehow.”