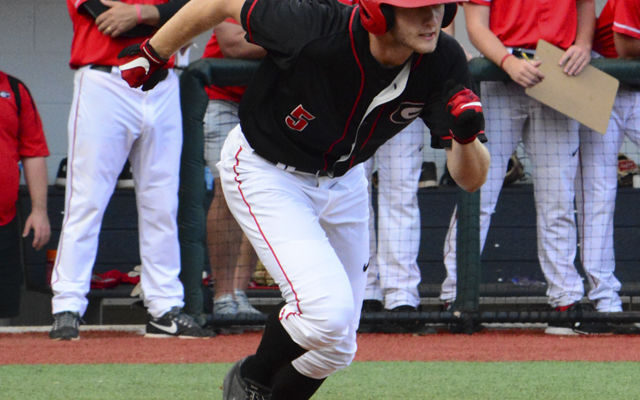 For the average high school athlete, the trip to practice after school consists of a short walk from a classroom to a gym or field. For Georgia baseball freshman C.J. Smith, however, that trip was a 45-minute drive from his hometown of Royston, Georgia, to Westminster Christian Academy in Watkinsville.

“I went to preschool,” Smith said. “That was about it.”

In many ways, Smith is one of the most unique players on Georgia’s roster. The only homeschool player head coach Scott Stricklin has recruited in his five years in Athens, Smith is a two-way player, with the ability to field, pitch and hit effectively.  Despite his uncommon background, Smith displayed a combination of commitment and talent throughout his playing career which ended up bringing him to Athens.

It was a major league pitcher who gave Smith the idea of playing at Westminster. Former Georgia pitcher Josh Fields, who now pitches for the Los Angeles Dodgers, played for Westminster in the early 2000’s, Smith said.

Fields informed the Smiths Westminster was taking homeschoolers, and Smith jumped at the opportunity to play for a school team during high school. Westminster is part of the Georgia Independent Christian Athletic Association (GICAA), which allows member schools to accept home school players if they choose.

Playing for the Lions meant 45-minute drives from Royston to Watkinsville and back for every practice and home game, but Smith said he didn’t mind.

“Either 45 minutes or [you’re] not playing baseball at all in the spring, so it was worth it for sure,” Smith said.

For Westminster head coach Nate Donatelli, the commitment was a display of Smith’s love for the game of baseball.

“Not all high school kids would go out of the way like that, but he was the first kid there, the last kid to leave,” Donatelli said.

Thinking back, Smith said he thinks Westminster’s enrollment was around 200 students when he was there, making Westminster a small school. And in that small environment, Smith was a standout.

“For four years, he was the best player on the field every time he stepped out there,” Donatelli said.