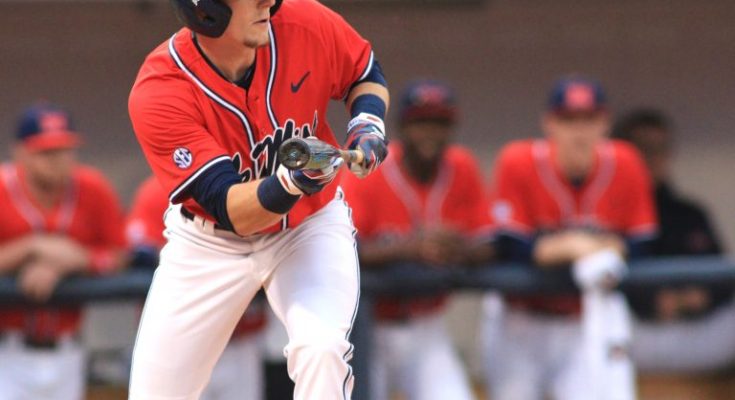 When Will Golsan graduated high school, he knew he was a talented baseball player, but he had no idea how Ole Miss would eventually utilize him and his positional versatility.

Golsan, a graduate of New Hope High School in Columbus, played most of his high school baseball in the infield but has found himself playing multiple positions in his time in Oxford, including centerfield for the 2018 season.

“I knew I was versatile when I came out of high school, so I wasn’t opposed to moving around some,” Golsan said. “I figured I’d stay in the infield somewhere, but moving to the outfield, I’ve learned to love it.”

Particularly, he said he enjoys the space and freedom that comes with his new position. Giving him more time and range than the infield, Golsan finds that his speed gives him an edge when it comes to making adjustments in center. Ole Miss head coach Mike Bianco, who announced Tuesday afternoon that Golsan will play in the outfield, had high praise for his senior’s versatility throughout his career.

While it may be difficult to change positions four times throughout a college career, Golsan is up to the task, and his transitions have not been as hard as one might think. He attributes much of the ease in change to the coaching staff and its focus on fundamentals.

Golsan’s willingness to play multiple positions and his ability to adapt have helped the Rebels the past two seasons as they have relied on a wealth of underclassmen to fulfill daily starting roles.

“(Golsan) has never blinked when you’ve asked him to take on a new role,” Bianco said. “He’s always given a great effort, and that’s one of the qualities that makes him such a special player.”

According to Bianco, Golsan’s adaptability has not been his only gift to the team. Last season, Golsan finished with a .312 batting average and three home runs, making him one of the most consistent bats in the Rebel lineup.

“He couldn’t do it unless he was a great athlete,” Bianco said. “He’s been as consistent as they come. He’s the guy at the end of the day that’s one of the big reasons for your success.”

Along with his athleticism, Golsan brings experience and seniority to this young team. One of his intangibles lies in a quality that cannot be measured in a box score: leadership.

“One of the great definitions of leadership is ‘how much better do you make everyone else?’” Bianco said. “You’ve got to hold people accountable and help the younger guys when they’re struggling, and, to me, Will checks all of those boxes.”

Golsan’s senior leadership will be vital to the Rebels’ success in 2018 as he is just one of three seniors on the roster. Despite the lack of veteran talent, Ole Miss is ranked as high as ninth nationally in preseason polls, thanks in large part to a talented 2016 recruiting class.

Ole Miss will open its season Feb. 16 at Swayze Field against Winthrop with Golsan’s senior leadership heading the outfield trio with a captain’s C on his jersey.