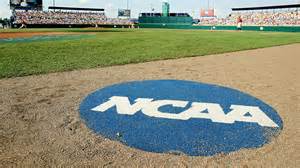 Baseball America periodically surveys college coaches to compile a list of 10 assistants with bright futures as head coaches. The first list, compiled in 2001, included future stars such as Vanderbilt’s Tim Corbin, Virginia’s Brian O’Connor and Texas Christian’s Jim Schlossnagle. Half of the coaches who made the most recent list, compiled in 2012, are now head coaches, including East Carolina’s Cliff Godwin and Auburn’s Butch Thompson.

It has become increasingly common for top programs to reach into the ranks of assistant coaches when hiring a head coach. In the Southeastern Conference alone, five of the eight head coaches hired in the last two years were assistant coaches at other schools in the conference, including Thompson, who was Mississippi State’s pitching coach before he was hired at Auburn.

We once again this fall asked current Division I head coaches from around the country to list three top coaching prospects among the ranks of current assistants, excluding their own staffs. More than 75 coaches responded, and here we list the top 10 vote-getters.

As we have done in the past, assistants with prior Division I head coaching experience were excluded from the list of top assistants. Oklahoma State pitching coach Rob Walton, the 2016 Assistant Coach of the Year, received enough votes to be included, but for this exercise we seek to identify the next big thing in coaching.

Four coaches in the top 10 have made this list before. North Carolina’s Scott Forbes, Virginia’s Kevin McMullan and Coastal Carolina’s Kevin Schnall (then with Central Florida) made the list in 2012. Texas Christian’s Bill Mosiello was coaching in pro ball in 2012, but he made the list in 2001, when he was an assistant at Oklahoma.

More than 100 coaches from more than 80 schools received at least one vote. Nineteen schools saw both their full-time assistant coaches receive votes, including Clemson, Georgia and Oregon State, which all also had an additional staff member receive a vote.

McMullan, the 2009 Assistant Coach of the Year, repeats as No. 1 on this list. Since he last topped the ranking, he helped the Cavaliers win the 2015 national championship, their first in program history, and played a leading role in the recruitment and development of four first round draft picks. The 49-year-old remains one of the most accomplished recruiters and respected hitting coaches in the country as he enters his 15th season on staff with O’Connor and pitching coach Karl Kuhn.

“He’s excellent at the development phase,” O’Connor said. “The consistent work that he does with our players and taking a player out of high school and continuing to develop their skills so that by the time he leaves here he is ready to have success at the next level is his greatest quality. That, coupled with his keen eye in recruiting to find position players that are athletic and projectable and can develop while they’re here is really special.”