History repeated itself in heart-breaking fashion for Team USA softball in the gold medal match at Yokohoma Stadium on Sunday, July 27. In the much-anticipated matchup between two titans of the sport, it was Japan that emerged victorious by a score of 2-0, clinching the host nation’s second Olympic gold in softball.

The venerable 39-year old Yukiko Ueno got the start for Japan and carried her team through six shut-out innings, giving up just two hits. Japan scored once in the fourth inning off an RBI single from Mana Atsumi, and once in the fifth off an RBI single from Yamato Fujita. Both runs came off relief pitcher Ally Carda, who took over for 38-year old starting pitcher Cat Osterman after two innings. For Japan, it was enough on a day when American batters struggled to find their rhythm, managing just three hits overall.

Still, a golden opportunity to even the score came for the United States in the bottom half of the sixth with two baserunners on, when catcher Amanda Chidester hit a scorching line drive down the third-base line that ricocheted off third baseman Yu Yamamoto’s glove right to Atsumi, who snagged the ball out of the air and turned a quick double play to end the inning. It was a play that will haunt Team USA in the years to come as surely as it will cement the contributions of Atsumi and Yamamoto, who scored the second run, in Japanese softball lore.

Many will remember that it was twelve years ago in Beijing, the last time softball was held as an Olympic sport, that Team USA fell to Japan 3-1, ceding gold for the first time since the sport was added to the Olympic programme in 1996.  The loss left American players stunned in tears amidst uncertainty about when their chance at redemption might come.

From the moment it was announced that softball would be returning to the Olympics at the request of the host country’s organizers, all roads seemed to lead to this matchup. The United States rolled through group play with a 5-0 record, including a dramatic 2-1 victory over Japan a day before their gold medal clash, in what was the host country’s only loss in group play. The two nations have combined to win every Olympic gold in softball since its introduction; the United States have won a total of three, and Japan two.

The question that now presents itself is that of when the United States may get another shot to flip the rivalry’s momentum in their favor. Baseball and softball have already been ruled out for the 2024 Olympics in Paris, making the 2028 Los Angeles Games their most likely opportunity. It promises to be a long wait for the United States and their hopes of reclaiming glory. 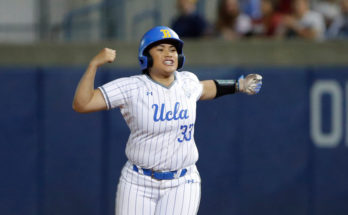 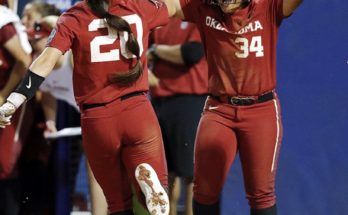