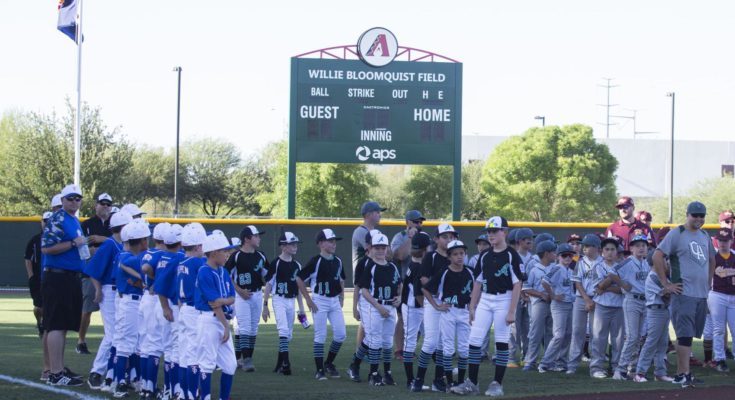 A tight game went back and forth, bringing wild emotional swings for the players and fans. But in the end, the Ahwatukee Little League 12-year-old all-star squad suffered a heartbreaking loss in the District 13 regional championship game.

Chandler National South defeated Ahwatukee, 4-3, in a hard-fought battle on July 7 to claim the district title and advance to the state tournament in Scottsdale that begins July 17.

Tied at 2 in the seventh — and final — inning, Chandler National South got a bases-clearing double in the top of the inning for two runs.

Ahwatukee pushed a run across in the bottom of the inning before solid pitching by Chandler South closed the door and ended Ahwatukee’s season.

Chandler Coach Joe Strazz said he hopes that his pitchers will lead his team to success in the next round.

“That, and defense, too, are going to keep us in games. The kids have worked very hard for the last several years to be at this moment, so we want to do whatever we can,” Strazz said.

District 13, with talented teams from Ahwatukee, Chandler and Tempe, always is among the state’s most competitive. Teams from Chandler and Ahwatukee have won state and regional titles and advanced to the Little League World Series in Williamsport, Pennsylvania, during the past decade.

Ahwatukee Little League coach Tim Romaine believes the district representative again has a strong chance of winning the state tournament, as well as the regional tourney in San Bernardino, California.

However, the play only gets better at each level, as Romaine knows.

“Every out counts, every pitch counts and every at-bat counts, so you can’t give away pitches or outs on defense,” Romaine said before the tournament began. “If you approach it that way, it does make a difference, because in bracket play, if you lose there’s no tomorrow.