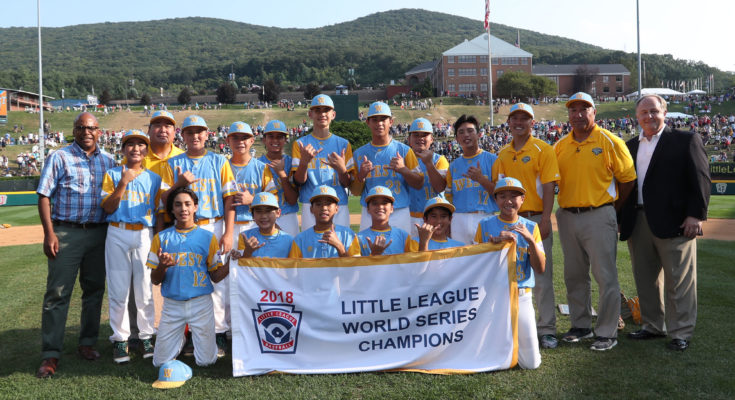 Before a crowd of nearly 28,000 fans at Howard J. Lamade Stadium, Holt was stellar, fanning eight and walking just one in a complete-game victory.

The International Region Champions from South Korea countered with Yeong Hyeon Kim and Shoo Ho Choi scattering seven hits and recording eight strikeouts, but Hawaii made the plays that resulted on runs.

After sending down South Korea in the top of the first inning, Kim’s first pitch to Hawaii lead-off hitter Mana Lau Kong was lined for home run over the right-center field fence.

In the third inning, Taylin Oana and Zachary Won both reached safely and would score on a single wild pitch, upping the advantage to 3-0, and setting the margin of victory.

The Championship game triumph was the third for the state of Hawaii in four title game appearances. Hawaii has qualified for the Little League Baseball World Series 11 times and previously won the world title in 2005 (Ewa Beach) and 2008 (Waipio).