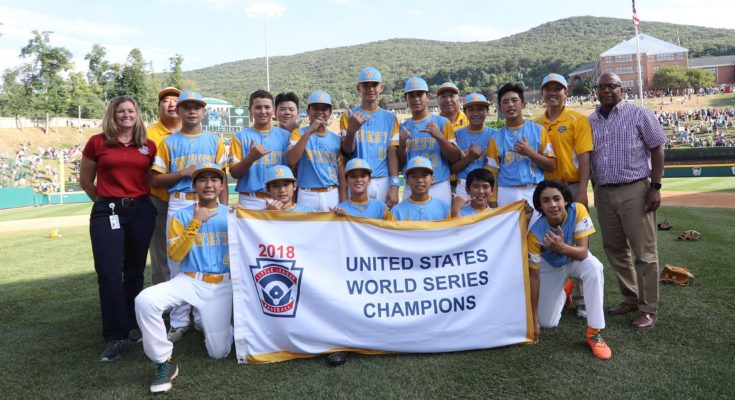 The pitching was strong on both sides, but Aukai was in control from the start, striking out 15, and surrendering just three hits and a one walk. Conner Riggs-Soper and Ben Traxler fanned five and scatter six hits for the Southeast Region Champs.

The game was scoreless for three innings-plus innings, but in the bottom of the fourth Honolulu Little League broke through with a run and followed up with two more in its half of the fifth inning to secure the U.S. title.

Offensively for the U.S. Champs, Hunter Nishina collected a double and scored a run, while Bruce Boucher lined an RBI double. Tai Peete led Southeast with two hits in three at bats.