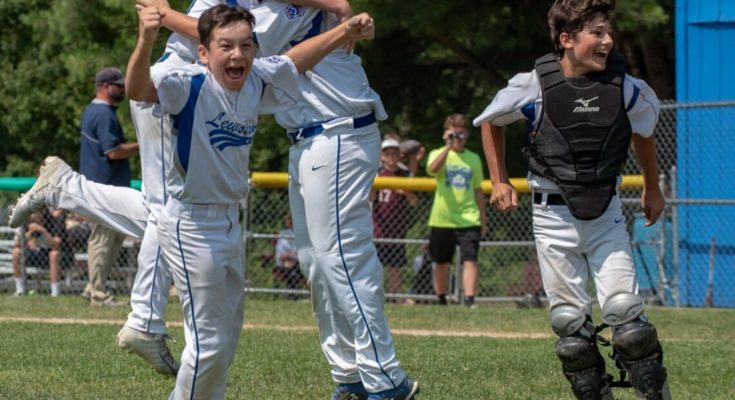 After losing to York in the third round of the 11/12 Little League baseball state tournament, Lewiston knew it would have to beat them twice in the double-elimination tournament to get to Bristol, Connecticut, as the Maine representative at the New England Regional.

After taking down York on Friday, Saturday morning brought an electric atmosphere in the crowd and in both dugouts. Jeffrey Randall pitched five innings, hit a home run and led Lewiston to an 8-4 win over York to win the Maine Major League crown.

Lewiston will play Massachusetts next Sunday in the first round of the Little League New England Regional.

At the beginning of the game, assistant coach Ron Chartier said Lewiston was going to pitch Randall the full 85 pitches, if they could, and ride or die with its ace on the mound.

For five innings, Randall delivered, allowing just two runs, both in the fifth inning, and giving Lewiston a confidence on both sides of the ball.

“Throw strikes because I have a good defense behind me, and if I let one up I know that they have my back,” Randall said. “I knew that I had other good players coming in after me.”

Both offenses took a little while to get going.

York’s John Jacobsohn held Lewiston to just two base runners in the first two innings, while Randall set York down in order in the same time.

“Jeffrey is the captain of this baseball team, he’s the emotional charge, the guy that’s going to get them up, the positive thinker,” Caron said. “The boys tend to want to listen to what he has to say. With him on the mound it gave a lot of kids that, ‘OK, he’s on the mound.’”