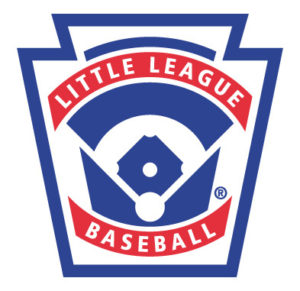 WESTFIELD, Ind. – Sioux Falls triumphed in Sunday’s opening round of the Little League Baseball Midwest Regional in suburban Indianapolis, with a 9-0 victory over Cherokee (Kansas).

The 750-mile drive didn’t effect Sioux Falls, which had 11 walks at the plate, impressive pitching and flawless fielding.

The win moved Sioux Falls to 8-0 since the team formed a month ago. They’ll face Coon Rapids Andover (Minnesota) Monday at 6 p.m. CT.

“It’s very gratifying to come up here and have the boys get that first win under their belt,” Sioux Falls coach Jeff Riley said. “When you’re playing the state champion from Kansas, that means something, and we came out and played really well.”

Jack Radel set the tone on the mound with five strikeouts in four innings of one-hit ball, before giving the mound to Beau Giblin, who completed the shutout.

“Jack throws a lot of strikes, and we just let him go and he really kept his pitch count down,” Riley said.

The first inning saw a missed opportunity, as Cohen Henry and Marcus Phillips reached third and second base with one out. Henry got tagged out at home after a chopper by Ethan Bruns, and Mason Riley was called out on a grounder at first after confirmation from the replay booth.

In the second, two walks and an error loaded the bases for Sioux Falls. Griffin Wilde followed with Cherokee pitcher Cade Burdette’s fifth base on balls, which brought Logan Boom home for a 1-0 lead.

Easton Renn took over for Burdette after that, walked Phillips and Jaxsen Grevengoed crossed home plate for a two-run edge.

Riley had the game’s first hit with a triple in the third. Leo Hueners followed with the same for an RBI, and a sacrifice by Bennett Dannenbring upped the lead to four.

That led to the play of the day. With poor fielding and a throwing error, Grevengoed legged out a run all the way from the batter’s box on a short pop fly down the first base line.

“He popped it up, they all looked at it, and Jaxsen can run,” Riley said. “He was the right person for that to happen.”