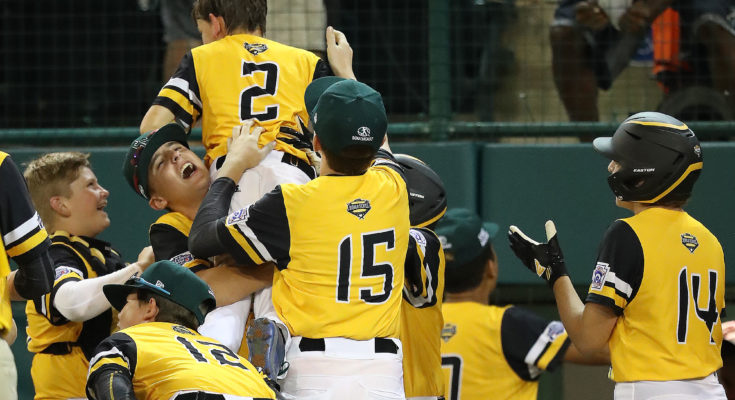 Southeast took Monday’s game in dramatic fashion, with a 7-6 walk-off victory over Southwest. The game was tied at six with Southeast batting in the bottom of the ninth when Ben Traxler’s sac fly scored one run for Southeast.

Southeast collected ten hits and Southwest had nine in the high-scoring affair.

Southwest fired up the offense in the second inning. An error scored one run for Southwest.

Southeast scored three runs in the sixth inning. Tai Peete and Jansen Kenty all drove in runs in the frame.

Ben earned the win for Southeast. He lasted three and a third innings, allowing three hits and two runs while striking out six and walking one.

Richie Klosek took the loss for Southwest. He went one and two-thirds innings, allowing two runs on one hit, striking out two and walking one.

Southeast hit one home run on the day. Jansen had a four bagger in the sixth inning.

Southwest racked up nine hits in the game. Ryan and Matthew Hedrick all had multiple hits for Southwest. Ryan led Southwest with four hits in four at bats.