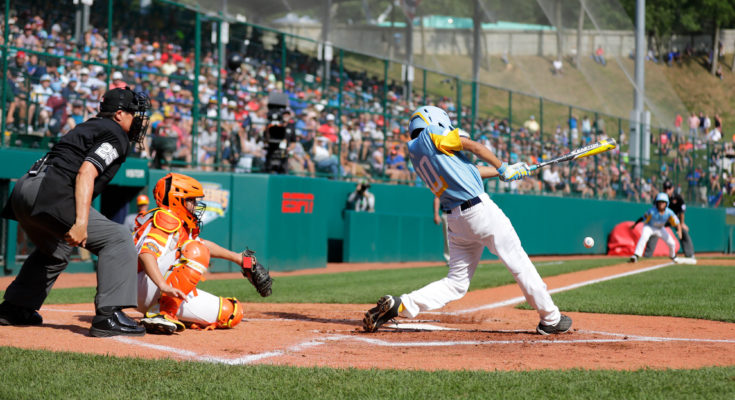 Southwest opened the game by scoring one run in the first inning, but the West answered right away, scoring after a pair of singles by Logan Kuloloia and Duke Aloy. The East Maui Little Leaguers would go on to score four runs during the first inning, giving West the early lead.

The score remained unchanged until the top of the fifth, when the Southwest team from River Ridge, La., put up another run on a double by Gavin Berry. Once again, the West Region Champs answered with a run of their own on a single by Kaleb Mathias. West was able to get three outs during the top of the sixth, holding onto the lead and ending Southwest’s chances at a rally.

Jaren Pascual pitched a complete game on the mound for Hawaii, striking out two, walking two, and allowing nine hits for Louisiana. Marshall Louque started on the mound for Louisiana, followed by William Andrade, before Egan Prather came in to close out the game. Together, the three Southwest pitchers combined for six strikeouts and gave up one walk and eight hits.

West will face the winner of game eight between Northwest and Mid-Atlantic on Sunday, August 18 at 2 p.m. at Lamade Stadium. the Southwest team will continue their run in the tournament against the loser of Game 8 on Saturday, August 17 at 8 p.m. in Lamade Stadium.