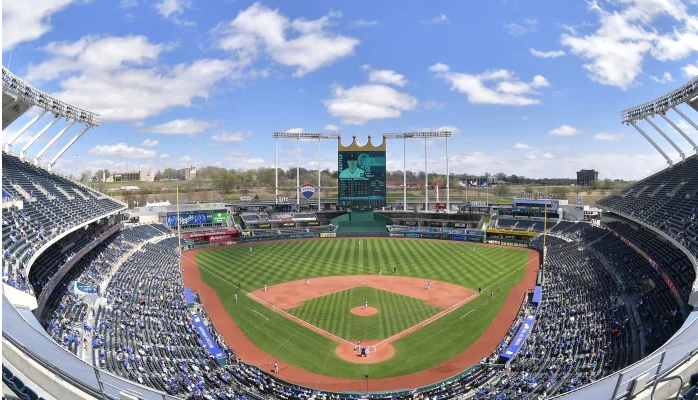 The draft was the shortest in history—five rounds, instead of its usual 40—thanks to an agreement finalized last month as owners sought to cut costs amid the coronavirus. It came with a framework to address the slew of players who would be left as undrafted free agents: Teams could extend unlimited offers with a maximum signing bonus of $20,000. As a result, hundreds of young men who otherwise would have been drafted with far more substantial sums (between $200,000-300,000 for sixth rounders) were instead left on the market, getting offers from teams who could not differentiate themselves with extra cash. When the signing window opened Sunday at 9 a.m. ET, clubs had to try to woo this group with anything other than money.

It may have seemed reasonable to assume that the winner would be a team like the Yankees, or Dodgers, or Red Sox, one with a storied tradition and a name that sells itself. But it wasn’t so.

It was the Kansas City Royals.

Within the first 24 hours, a dozen players had signed off Baseball America’s Top 500. (The five-round draft involved 160 players, which left 340 on the list to sign, return to school, or figure out another path to pro baseball.) No one team nabbed more than two of those players—except Kansas City, which had five. The Royals ended the day with four of the top five overall signings. So how’d they pull it off?

“You want to go to a club that’s going to take care of not only their very top valued players, but also their lower ones,” says catcher Kale Emshoff, No. 174 on the BA 500, who signed with the Royals on Sunday. “You want to know that when you’re in the organization you’re going to be taken care of… That plays a huge role in the decision-making process.”

The Royals declined to make executives available for comment while there are undrafted free agents still weighing offers. But, from some who signed with the team on the first day, the primary motivation was straightforward: The players wanted a club where they felt like they’d be supported.