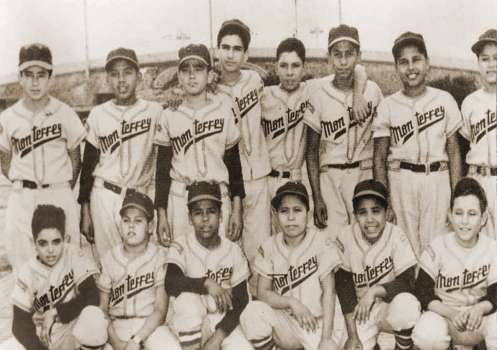 The win was made possible by a perfect game from Angel Macias. Mr. Macias, was inducted into the Little League Hall of Excellence this year, six decades to the day when he pitched the one and only perfect game in a Little League World Series Championship game.

Mr. Macias and teammate and fellow Little League Hall of Excellence enshrinee Jose “Pepe” Miaz, are among the many players who have inspired the Guadalupe Treviño Kelly Little League team representing the Mexico Region to try and achieve the improbable once again.

“They are one of the few teams from Mexico that won the World Series, and we want to do the same,” said Erick Vazquez, a pitcher and first baseman for Mexico’s national champions.

Vazquez and his team had the opportunity to meet and take photos with players from the 1957 team this year during their Little League International Tournament run.