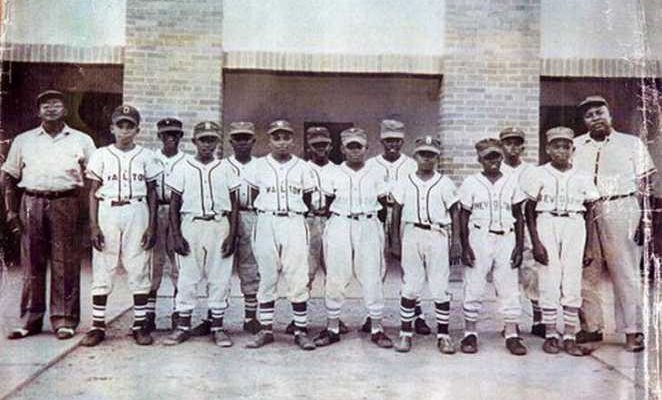 And in 1955 he was just beginning his professional career, playing his second season with the Milwaukee Braves.

So it makes sense that in the days long before the internet and social media, one of the greatest baseball players of all time was unaware of one of the most important games ever played in the history of the sport.

The contest was a Little League game that occurred on Aug. 9, 1955 in Orlando, Florida. An all-black team, the Pensacola Jaycees, faced off against the Orlando Kiwanis, an all-white team. It marked the first time in the Jim Crow South that an integrated Little League baseball game took place.

“My reaction was that, it couldn’t have happened. And yet, you think about it and you say, ‘It did happen.’ It did happen, and it happened for real,” Aaron said Saturday at the Carter Center in Atlanta. “… I guess I was so involved with my own career, but I’ve come to learn about that game and love it, for what it stands for.”

But Aaron isn’t alone in not being aware of this historic game. Even the players involved didn’t know its significance at the time.

To them, it was just another opportunity to play ball.

“We had no idea we were making history. I didn’t have a clue until 61 years later,” said Stewart Hall, the first baseman for the Kiwanis. “I didn’t know we were the first white team to play a black team. We just kind of went on with our lives.”

After being overlooked for 63 years, the story of this extraordinary meeting is finally being told. Aaron and Hall are among those featured in a documentary about the game, “Long Time Coming: A 1955 Baseball Story.”