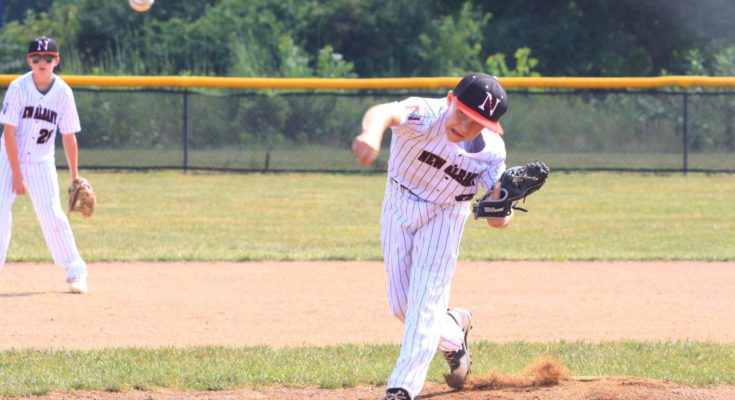 New Albany is one of two unbeaten teams remaining in the state tournament after a thrilling come-from-behind win over Franklin Township on Tuesday.

“It’s always big to stay in the winners’ bracket,” New Albany manager Brian Jackson said. “You get a day off and we’ll have [all of our pitching] ready for Thursday. It’s big. Big win. This has been a great summer so far and I hope we can extend it a pretty good long way.”

New Albany will face Evansville Highland — a 16-6 winner over Terre Haute North — on Thursday with the winner advancing to Friday’s state championship game. The loser will battle one of four teams currently in the elimination bracket — Brownsburg, Munster, Terre Haute North or Franklin Township — with the winner advancing to the state championship.

New Albany has played in the state championship game each of the last five seasons and has won four state titles in those years.

“They can definitely hit the baseball,” Jackson said of Highland. “We’re going to go at them with our best.”

Alexander then drove in Wall — for the first of two times — to tie the game.

“We just play as a team and never give up,” Wall said.

“I just wanted to go out there and throw strikes,” Beyl said.