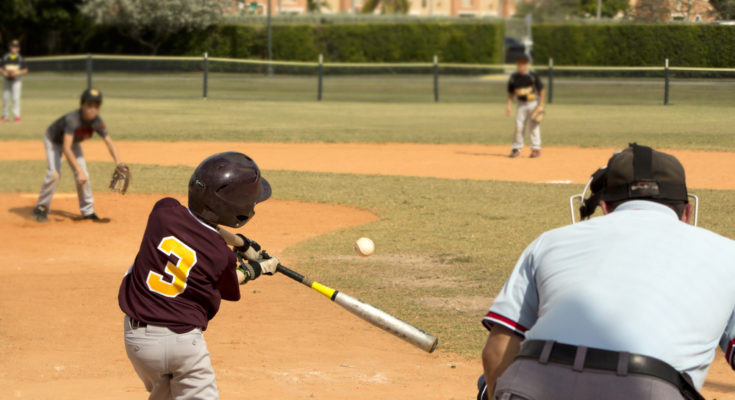 Less than a month ago, AAU President Roger Goudy watched membership in the long-running youth sports organization drop from 20,000 ahead of last year’s pace to about 3,000 behind in just a week.

For now, he hopes a girls volleyball tournament he helped turn into one of the world’s biggest will somehow be played in late June. Should the coronavirus pandemic disrupt that event along with other tournaments, Goudy is prepared to view the Amateur Athletic Union’s financial losses as significant.

“If we don’t crank up, I’d say, by the first of May, we’re going to see some tremendous losses simply because we’re not going to have time for those events that have qualifiers,” Goudy said. “But by the same token, you don’t want to put them into an environment where their health or their family’s health or the coaches or the volunteers’ health are at risk. So that’s a tightrope that we’re walking right now.”

Youth sports is a $25 billion U.S. industry that is essentially shut down, with seemingly endless ripple effects. Communities with sprawling, empty fields and arenas are losing millions of dollars with lucrative tournaments canceled or postponed. Thousands of youth leagues are on hold, with many sponsors hit by the economic slowdown and the prospect of nervous parents seeking refunds.
There is no sense of when, or whether, a recovery might come.

“I think it’s one of those that, when you’re looking at the ceiling at 2 in the morning going, you know, playing the ‘what if’ scenarios, you’re worried,” said US Youth Soccer CEO Skip Gilbert, whose organization oversees an estimated 3 million players. “But when I put on my hat every day and I’m talking to staff and talking to parents, you want to be as hopeful as possible.”

The Sports Facilities Advisory, a Florida-based company that works with municipalities on youth sports and recreation venues, estimates the pandemic has disrupted a youth sports umbrella that includes some 45 million athletes and their families.

Dev Pathik, its founder and CEO, said there will be an impact regardless of how soon play resumes.

With that, Pathik added, comes opportunity: He believes there will be consolidation — “Eagles turn to vultures in times like these,” he says — and there could be an increased role for national governing bodies and pro sports leagues in any rebound.

“And I think they’ll come to the table … from my conversations with them,” Pathik said. “Because they know that fandom is born in youth sports.”

That scenario seems a long way off, and participation levels never did recover from the 2008 recession. Tom Farrey, executive director of the Aspen Institute Sports and Society Program, cited statistics that showed a drop in team sports participation from 45% in 2008 to 38% in 2014; that number remained stagnant as the economy and industry recovered.

Goudy’s concern goes well beyond his beloved AAU Junior National Volleyball Championships and the estimated $50 million impact it has in Orlando, Florida. The AAU has already suspended activities through April as the organization, which dates to 1888, tries to avoid widespread cancellations.

A half-hour’s drive north of Indianapolis is the Grand Park Sports Campus, 400 acres of fields, baseball diamonds and indoor facilities built with more than $80 million in public funding.

If it stays closed through June, the loss in direct spending could exceed $85 million in central Indiana, according to Brenda Myers of the Hamilton County tourism department. Vicki Duncan Gardner, a spokeswoman for the city of Westfield, said Grand Park itself is in good shape financially and officials are confident of a robust return.

“Our concern is for our visitors and residents,” Gardner said.

Parents are key in any question of a recovery. With 22 million people applying for unemployment in just the past four weeks, the affordability of a luxury like youth sports is now in question for many.

“The problem that we’re facing is that a lot of our parents might be out of work,” said Carrie Langford, chief operating officer for the 65-team North Texas Celtic Futbol Club that is part of the lucrative select soccer business in North Texas. “The question is, we don’t know who’s coming back and who can afford it.”

Erica Smith, whose teenage son plays AAU basketball in the Dallas area, estimates her family spends about $4,000 in a normal year of tournaments and traveling. With summer coming up fast and sports still on hold, most parents have spent only a fraction of that.

“Youth sports is a huge part of my kid’s life,” said Smith, who also has a daughter who was just getting started in competitive cheer. “I really see the value in team sports because he’s learned so much outside of just actually playing a sport.”