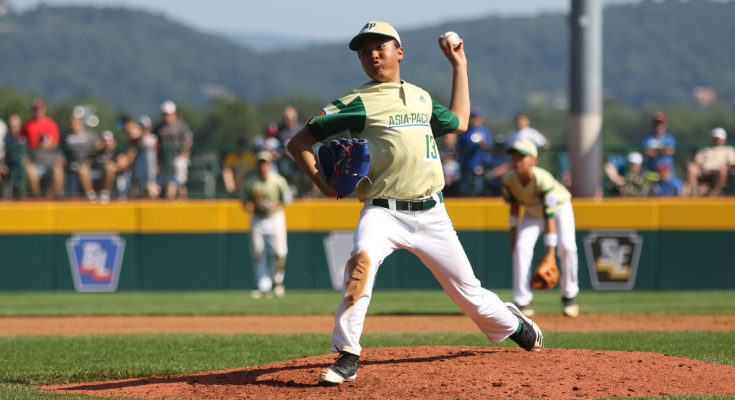 Asia-Pacific Region pitchers combined to throw a shutout against the Caribbean Region to claim their second victory in the Little League Baseball® World Series, 4-0.

After a scoreless first two innings, Chung Nam (B) Little League from South Korea jumped ahead in the bottom of the third. The game remained at 1-0 until the fifth inning, when the Asia-Pacific team scored three more to secure the victory. They had three hits throughout the day and were solid on defense, allowing no errors in the field.

Suho Yang and Jinwon Na split the game on the mound, each pitching three innings for South Korea. They each struck out six and combined to allow two walks and one hit.

Jurdrick Profar pitched the first three innings of the game for Curaçao, striking out two and walking one. Curley Martha, Deshando Tromp and Í-Zion Mogen split the last three innings, combining to strike out one and walk three.

Asia-Pacific will continue their run in the Little League World Series on Wednesday, August 21 at 3 p.m. in Lamade Stadium against the winner of game 15 between Mexico and Japan. Caribbean will play again on Monday, August 19 at 6 p.m. in Volunteer Stadium against Canada.