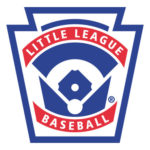 It’s pretty fair to say that I’m a baseball junkie. I have been one for as long as I can remember. My Mancave is an MLB shrine with everything from autographed baseballs to pennants to rugs to cardboard cutouts of players. When I sit in my New York Yankees chair watching a game, I keep a scorebook, noting every pitch, hit, error – you name it. Lots of times my son watches the games with me. It’s a good opportunity for me to bond with him. Problem was, my obsession with baseball went far beyond my Mancave, and it ended with my son losing interest in the sport he once loved.

My first clue was this Christmas. My wife and I typically split the duty of gift buying for our son. Every gift I bought was related to baseball – batting gloves, tickets to a Yankees game, The Captain: The Journey of Derek Jeter, baseball trading cards, and a few others. After I watched my son be more excited for the gifts my wife purchased, I told her I was shocked. She wasn’t. “Everything you do is baseball,” she said, as I overheard my son on his cell talking to a friend about his new PlayStation game. “Think about it,” she said.

I quickly realized she was right. For his last birthday, I got his team’s lineup card framed from when they won their District Tournament. I chose a family vacation based on when there would be a baseball camp at the beach. Book covers for school had a MLB team logo. When his friends came over, I pushed them out of the house to play Whiffle Ball or do some quick drills. When his grandparents visited, I made them watch his Little League videos I recorded instead of allowing them to go to the movies. Days off from school were spent at the batting cages. When there was an open gym, he and I would work on pitching while his friends played basketball. Some of it was a lot of fun. But, it was baseball; always baseball.

Looking back, I guess I shouldn’t have been surprised when my son gave just a single nod after I told him that I had filled out his registration form for his final season in the Major Division. Baseball had lost its luster for him. It wasn’t special to him any longer because it was in his face ALL. THE. TIME.

The day after I had filled out the registration form, I waited in the car for him to finish his private lesson with his baseball instructor. When he got in, I asked him how the session went. “Okay,” he said softly, sounding pretty distant. “Same stuff.”

Fearing that I had driven his love of the game away with my obsession, when we got home, I resisted the urge to turn on the MLB Network, and we had a heart to heart. I asked him if I had made a mistake by pushing baseball so much. At first, he thought I was only referring to the private lessons, the amount of time in the cages, and working day-in-and-day-out on his fielding in the backyard. I told him it was much larger than that and that I had made the mistake of pretty much making his whole life about baseball. He defended me like I knew he would, but I could tell he was trying not to hurt my feelings. I was firm in admitting my mistake, and taking responsibility for it.

Then, I took a deep breath, and asked the question I was avoiding: If he still wanted to play Little League. “Yeah,” he said. “Why wouldn’t I?” I asked him if he was sure. “I’m sure, Dad.” I was really relieved to hear his answer. He might not love baseball as much as he once did, but I hadn’t completely burned him out. I knew things had to change for a chance to get his passion back. And, for that to happen, I have to dial it down. That evening, he had a friend over. As they played PlayStation for hours, I cancelled the order for his new MLB phone case, and changed the week for our summer vacation.