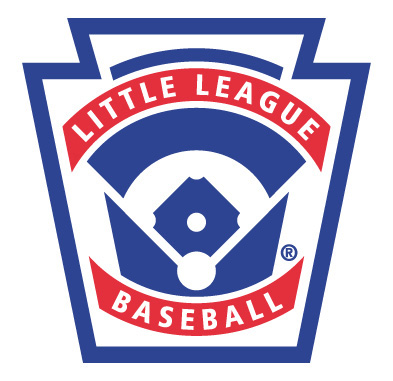 Baseball and softball scorekeeping involves more than just keeping track of how many runs cross the plate.

In fact, scorekeeping — a system of numbers, symbols and methodology that is as much a part of the game as an old glove — is a language all its own. But it’s not hard to learn. And once you’re fluent in scorekeeping, you’re ready to keep track of every pitch, every at-bat, every hit and every out.

The crux of scorekeeping is the system that assigns a number to each player. Don’t confuse these with jersey numbers; these standard numerical symbols used in scorekeeping never change:

If you play a 10-player lineup, a “10” would indicate a short fielder or fourth outfielder. A designated hitter is labeled simply “DH.”

Likewise, there are several symbols used to denote game action. Among them:

To begin, first write down each team’s batting order. They will be exchanged by the two managers and, except for substitutions, cannot change during the game. It’s important to write down player jersey numbers with the batting order, to make sure the proper players bat in the proper order.

The basic scorebook will somewhat resemble a giant checkerboard — with nine (or 10 or more) rows going across the page, with a corresponding number of columns going down the page.

To score the game, match up the correct batter with the correct inning where he or she is batting.

For example, let’s start with the Mudville Mudhens, batting in the top of the first.

Go to the square in inning 1 that matches up with the leadoff hitter.

Now, let’s assume the leadoff batter grounds out to the shortstop. Remember the scorekeeping symbols? This would be noted 6-3. It was a grounder to the shortstop (6), who threw to first base (3) to record the out.

Likewise, a grounder to third base would be 5-3. A flyout to left field would listed as F7. A lineout to center field might be L8, or F8 with a straight line above the F and the 8 to indicate a line drive. A popup to the center fielder might be listed as P8, or F8 with an arc above the F and the 8 to indicate a popup. Again, different scorers use different symbols, but if it goes to the center fielder, it goes to the “8” every time.

For greater detail, you can track every pitch by noting a ‘B’ or an ‘S’ for a ball or a strike. Some scorebooks will have small squares within each at-bat square to mark this. If a player fouls off a 2-2 pitch, simply note an ‘F’ or a hashmark to indicate a foul. This allows you to keep precise pitch counts.

In a paper scorebook, you should draw a line from home plate to first base in his at-bat square, with “1B” or “1B9” noted next to the line. This shows how the batter reached base.

Now the Mudhens have a runner on first, one out, and their third hitter is up. He’s the shortstop. He hits a double to right field. This is scored “2B” or “2B9,” and mark a line noting he went from home plate to first to second.

The runner on first, meanwhile, came all the way around and scored on the play. How is that scored? In his at-bat square, denote that he made the entire trip around the diamond, to second, third and then home. Once he made the whole trip, you’ve outlined the whole diamond in his square. Color that diamond in to indicate that he scored a run. And, to show how he scored, add a “6” at the bottom of the diamond, at home plate. Why a 6? That indicates that the “6,” or shortstop, is the one that drove him in. Meanwhile, in the No. 3 hitter’s square, make a notation that says “RBI” so you know he drove in a run.

There won’t be a lot of room for all of this, so if using a paper scorebook, writing small — but legibly — is critical.

The Mudhens now have a runner on second with one out. The runner on second tries to steal third and is thrown out. Any idea how that might be scored? It’s most likely 2-5 — the catcher “2” threw to the third baseman, “5,” who tagged him out.

Now the Mudhens have two outs and Casey is up. But the mighty Casey strikes out. In this case, Casey gets a “K” — the universal scoring symbol for a strikeout. Or, a backward K indicates the batter looked at strike three without swinging.

Heading to the Bottom

The top of the first is over. Your first scoring experience is in the books. Well, not quite. At the end of the half inning, mark a line, or an ‘x,’ at the next batter. This clearly indicates who the leadoff batter will be in the next inning. Then it’s best to add up the runs, hits, errors and, if keeping it, pitches thrown, and mark notations at the bottom of the page. An electronic or a paper scorebook should have a spot for that.

Now it’s on to the bottom of the first. Move to the other half of the book, where you should have the home team’s lineup in place, and you’re ready to go.

Getting the hang of it? Great! You’ll find that baseball and softball have a million possibilities, but once you get the hang of scoring a game, you will be ready for all of them.

And now that you can score a game, that T-shirt you might see at the ballpark makes sense: 6-4-3=2. Translated: shortstop to second base to first base equals a double play. 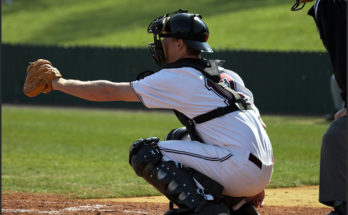 PILLARS of a SUCCESSFUL CATCHER 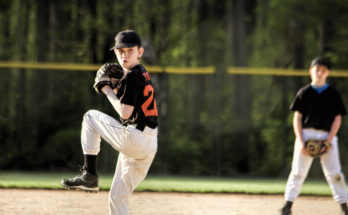