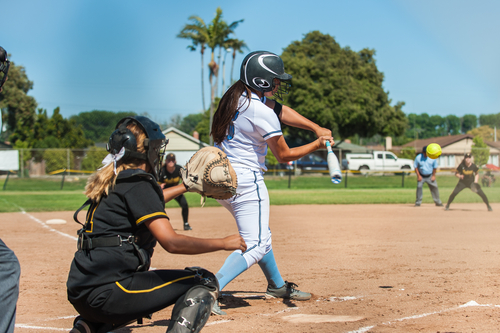 South Region
Wesley was unhittable in the opening games of the season, including a perfect game in her first start of 2018. Wesley fanned 13 as she retired all 21 Wayne County batters in a 7-0 win on Feb. 20. She followed with a no-hitter on Feb. 24 against Florence. The right-handed hurler struck out 10 over five innings. Additionally, she chipped in offensively over four games, going 5-for-12 with a double and six RBI, including three in game two versus Florence.

South Central
Figueroa’s bat played a key role in six wins last week for Natalia. She was a tough out, hitting .800 (12-for-15) and reaching base in 16 of her 19 plate appearances. Figueroa recorded a double, triple, three home runs, 14 RBI and 14 runs scored. She slugged 1.600 and did not strike out. Figueroa homered twice, drove in four and scored three times against Sabinal. She kept the momentum going on the next day against Southside with 4-for-4 and five RBI outing.

West
Enriquez batted .750 with 15 hits, three double, two triples, two home runs and 15 RBI over a six-game stretch last week. She scored eight times and slugged 1.400. Enriquez droved in seven, homered and went 4-for-4 in a 9-7 victory over Payson. She also went deep with five RBI against Williams Field and added three hits against Cibola and Apache Junction.

MaxPreps, the official high school statistical provider of the NFCA, provides all statistics for the NFCA High School Player of the Week award. To nominate a player for the award, the coach must enter his or her athlete’s game stats into MaxPreps.com by Sunday evening to be eligible for that week’s award.

The MaxPreps/NFCA High School Players of the Week are announced on NFCA.org every Monday during the spring season with a player from each of five separate high school regions is selected. During the fall campaign, one representative is chosen from the participating regions. 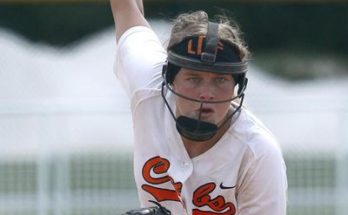