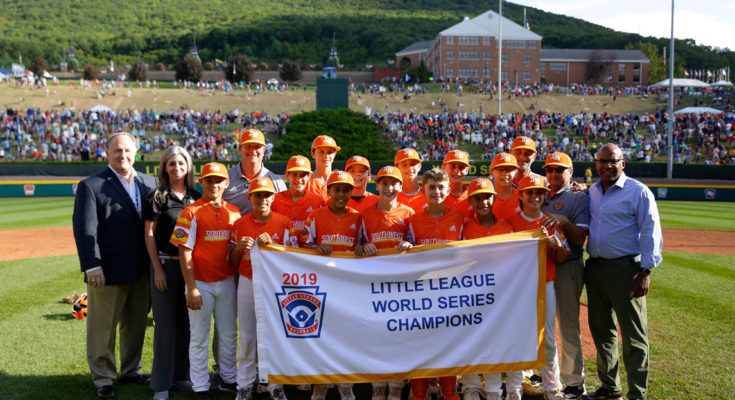 The team from the suburbs of New Orleans jumped out to an early 1-0 lead in the first inning. In the fifth inning, the United States Champions tallied four runs, and scored two more in the sixth to secure their victory. The pitching of Egan Prather (2 hits, 2 walks, 6 strikeouts) stifled Curaçao’s bats in the complete-game performance.

Offensively, the eventual World Champions were dominant, pounding out 10 hits. Reece Roussel again shined at the plate, going 2-for-3, and claimed his record-setting 17th hit of the series (in 23 plate appearances). Marshall Louque was equally impressive, with a 3-for-3 effort, and ended the World Series with the tournament record for doubles (7).

The International Region Champions relied on two pitchers. Keven Rosina started on the mound, before í-Zion Mogen came in to finish the game. The two pitchers combined for three strikeouts and five walks.

The World Championship won by Eastbank Little League is the first for the state of Louisiana.