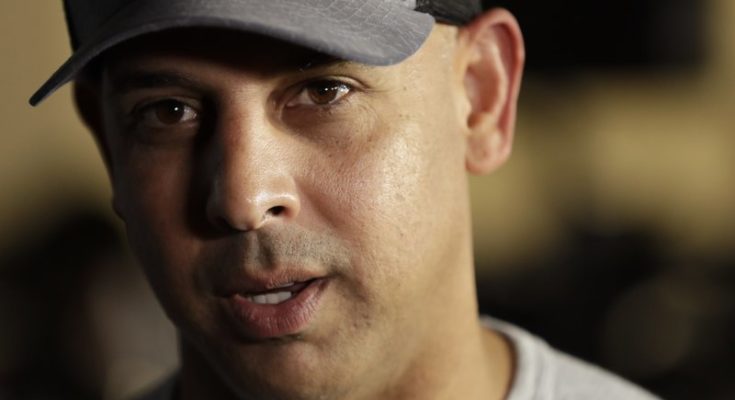 NEW YORK (AP) — The Boston Red Sox escaped major penalties in Major League Baseball’s cheating investigation on Wednesday, with Commissioner Rob Manfred concluding that the 2018 World Series champions’ sign-stealing efforts were less egregious than the Astros’ when they won it all the previous season.

The Red Sox upgraded the status of Ron Roenicke, who had been the interim manager pending the outcome of the investigation.

The only member of the Red Sox organization who was penalized was replay system operator J.T. Watkins, who was suspended without pay for a year for violating the prohibition on in-game use of video to identify pitch signals. Watkins, who denied the allegations, was also prohibited from serving as the replay room operator through 2021.

Boston was also stripped of its second-round pick in this year’s amateur draft, No 52 overall.

“To be clear we’re not taking any victory laps. A violation was uncovered and that was wrong and we’re being punished for it,” Red Sox president Sam Kennedy said in a conference call with reporters, while acknowledging relief that the months-long investigation is over.

“We have to earn back trust, and we’re prepared to do that,” Kennedy said, adding that the team’s owners apologized to their counterparts in a conference call that afternoon. “We recognize that as an organization.”

Both Bloom and Kennedy dismissed suggestions that Cora could be welcomed back — especially if the coronavirus pandemic wipes out the entire 2020 season. Roenicke, who was hired on the eve of spring training after a shotgun job search, is signed only for one year.

Manfred said in his report that Boston’s misdeeds were limited to the regular season not as pervasive as the Astros’, who repeatedly used a video camera in the outfield to steal catchers’ signs during their run to the 2017 championship and again the following season.