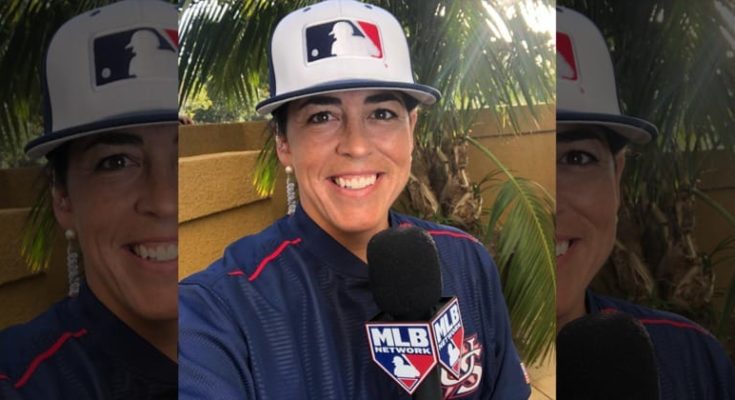 Oakland A’s earlier this year, Alvarez has had an impressive Major League baseball career—and it’s only getting better. As a catcher, coach, and California firefighter, Alvarez totally represents the limitless roles that badass Latinas can fill.

A first-generation Cuban-American, her traditional upbringing discouraged Alvarez from playing baseball. Her family did not support the idea that it was a sport for girls, but Alvarez still served as the bat girl for her brother’s team until she was old enough to join the Little League. And despite their attempts to pique her interest in more “feminine” activities, like ballet, her parents let her take this first step toward her passion. “For a Hispanic girl to be able to do whatever she wants—that’s not a norm, unfortunately. I’m very thankful to my parents for that, and for never limiting what I could accomplish,” Alvarez told Major League Baseball.

However, many women who grow up playing baseball in the U.S.—including Alvarez—switch to softball, due to a lack of infrastructure supporting women’s baseball at the collegiate level.

It’s estimated that of 100,000 girls who play Little League baseball, only 1,000 continue with the sport until high school. From that point on, at the collegiate and professional levels, women more commonly play softball, so for those players who may be eligible to attend college on an athletic scholarship, the transition from baseball to softball makes a lot of sense. Alvarez was no exception to this trend—her switch to softball earned her a scholarship to play Division I ball at Villanova University, as well as an opportunity to spend a summer playing on a professional team in Spain. 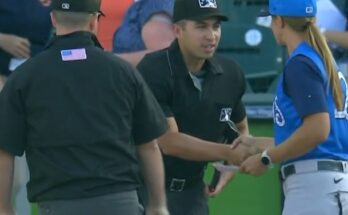