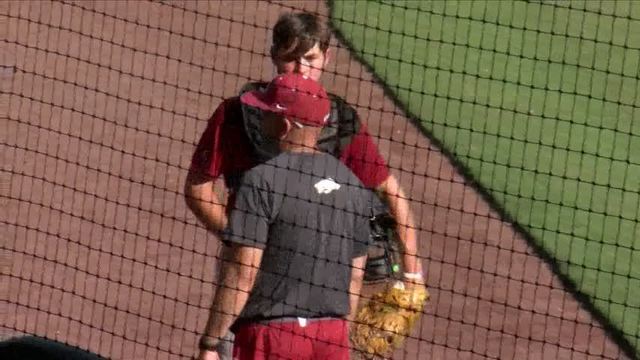 The Twins’ new pitching coach has, like the manager he’ll work under, no experience at the major league level. But Wes Johnson, the University of Arkansas pitching coach who according to an MLB source has accepted an offer to become a key member of Rocco Baldelli’s staff, has plenty of experience at drawing talent — and miles per hour — out of the pitchers he’s worked with.

One recent profile, in fact, labeled him “the czar of velocity.”

Johnson, who in 2019 will become the only MLB pitching coach who jumped directly from college baseball to the major leagues, uses nontraditional techniques to develop pitchers. He previously worked at Dallas Baptist, which had 14 pitchers drafted during Johnson’s four seasons; Mississippi State, which had six pitchers drafted after his 2016 season; and Arkansas, where 10 pitchers were drafted over his two seasons.

Jeremy Hefner, a former Mets pitcher who spent the past two seasons in the Twins clubhouse turning scouting reports into pitching blueprints for the pitching staff each day, will wear a uniform next season. A Twins source confirmed that Hefner will join Baldelli’s staff as the bullpen coach.

The ascension of Johnson and Hefner adds to the Twins’ commitment to data-based strategies, but the analytics in play are considerably more complex than simply divining from video what pitches give each hitter the most trouble. Johnson in particular studies the mechanics of each pitch and pitcher — spin rates, release points and methods for adding mph to a fastball.

He developed a reputation in college for developing training methods designed specifically to help pitchers add velocity. Arkansas last year struck out 619 batters in 603⅓ innings and had a team ERA of 4.21, both ranking third in the SEC. Johnson’s methods helped Arkansas reach the finals of the College World Series last June, where the Razorbacks finished as runners-up to Oregon State.