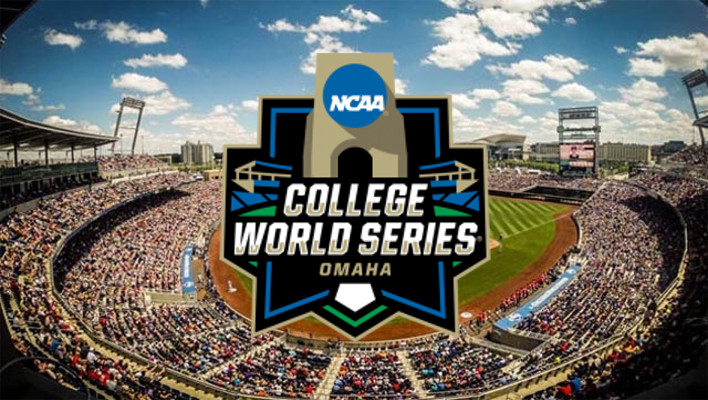 The College World Series in a peanut shell so far: Two days, four games, one rain delay – and an inning that turned into a horror movie for Texas, but lasted much longer.

So what all do we know, now that everyone has played a game?

We know that Arkansas can now be described as Hogs on a roll. The Razorbacks put on a show Sunday, mashing Texas 11-5 with 15 hits. This, on top of their 14-4 crunching of South Carolina to decide the super regional. Arkansas has scored 63 runs in seven NCAA Tournament games.

“This whole fan base has been waiting for everybody to be clicking. It’s happening right now,” second baseman Carson Shaddy said. “You can ask anybody here. None of us are really surprised by it.” Seven of them drove in runs Sunday.

On Saturday, Florida’s Brady Singer – he with the 12-1 record – picked up the Dick Howser Trophy as the nation’s top player. On Sunday, Texas Tech had him down 5-1 in the sixth inning with nine hits, and gave him his first loss – it ended 6-3 – in nearly three months.

Texas had allowed 14 runs in six NCAA Tournament games. The Longhorns gave up eight in one inning Sunday. “I’m not shellshocked,” said coach David Pierce. “It’s just part of it.”

Oregon State gave up eight runs in five postseason games. North Carolina had that many in seven innings Saturday. Starter Luke Heimlich came in 27-2 the past two years and left 27-3, knocked out in the third inning. “I haven’t seen that before,” coach Pat Casey said.

We know that North Carolina is the only team left that has not lost an NCAA Tournament game, but Monday night the Tar Heels must deal with the growing magic of Mississippi State.

That’s because we know there have now been 13 walk-off wins in the NCAA Tournament – and Mississippi State owns three of them, after doing it to Washington. “We get in the box and we have absolutely full confidence that we’re going to get this done,” the Bulldogs’ Hunter Stovall said.

We know now that Texas Tech coach Tim Tadlock was a tad understated when he said of his team, “Each and every day, we’re really probably just trying to survive.” With freshman Gabe Holt continuing his June surge – his three RBI Sunday means he has scored or driven in 12 of the Red Raiders’ 20 runs since the super regional began – they were lot more than that against Florida.