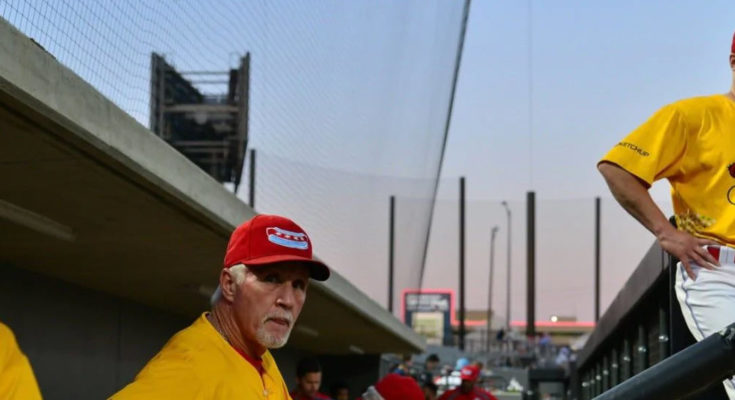 He’s a viral sensation for getting thrown out of baseball games. Here’s why Butch Hobson does it.

Butch Hobson didn’t plan for things to be this way. He doesn’t have Facebook or Twitter and barely uses YouTube. He’s not looking for a big-time job managing another ballclub. He’s not even that mad. He swears it. Really.

But it’s hard to find any other explanation for a 67 year-old pulling first base out of the ground and walking off with it, or standing in the batters’ box, taking a phantom swing and jogging the bases — while making eye-contact with an umpire.

It’s an outburst, sure. He’s upset, sure. But it’s not supposed to be this way.

“I protect my players,” he said in a recent phone interview, “and sometimes I don’t have a plan when things happen.”

Hobson claims a baseball pedigree unique in the ranks of the American Association of Independent Professional Baseball, where he manages the Chicago Dogs. (Yes, the team is named for hot dogs.) He played college football for Bear Bryant. He had an eight-year career in the majors. He managed the Boston Red Sox for three seasons, from 1992-1994.

He is a ballplayer of the era of Earl Weaver and Don Zimmer, pillars of the game that made getting tossed by an umpire part of the sport rather than bad pool. When Hobson began managing in the 1980s, he says developing that reputation as a rowdy skipper felt like part of the job.

And now, in an era when managers are more suited to sabermetrics than on-field outbursts, Hobson can at times look exotic and wind up a viral sensation. That clip of him rounding the empty bases has more than 479,000 views on Twitter.

One video of him picking up a base and handing it to a fan (there are multiple) has more than 28,000 views.