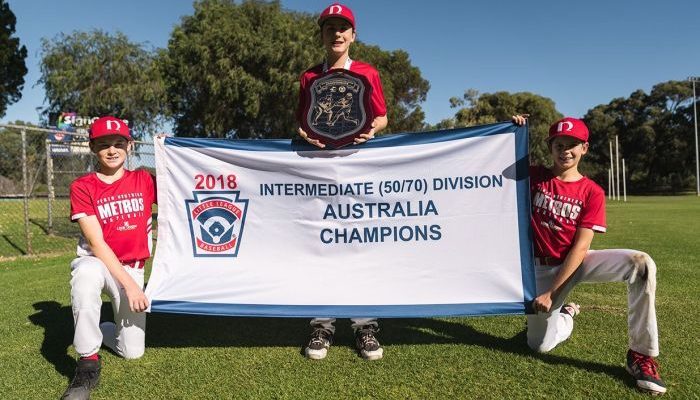 In the United States, baseball isn’t just a sport, it’s a religion.

But the hype around the sport isn’t focused primarily at the elite level, like it is with AFL and cricket in Australia.

Baseball is so popular in the US there is a junior World Series, with teams of children from around the globe competing to be named world champions.

A group of West Australian boys is about to experience the hype first-hand, with the country represented for the first time in the intermediate division at the Little League World Series in Livermore, California.

Northern Metros, a side made up of three clubs, earned the right to wear the green and gold after winning first the WA and then the national competitions.

Now the 12- and 13-year-old players from a small district north of Perth will face the biggest challenge of their fledging sporting careers.

“These are all heartland baseball regions and it will be a great experience for them.”

‘We’re not a team, we’re brothers’
Stanton began coaching the side in November, and selected his squad of 13 from two try-out sessions.

For him, it was more important to have a side that put the team’s success ahead of individual accolades.

“You pick them on what you can see on those two try-out days, but what you can’t see is things like their character, their ability to work as a team,” he said.

“I just think we have been really fortunate that we happened to pick 13 kids that get that bigger picture.”