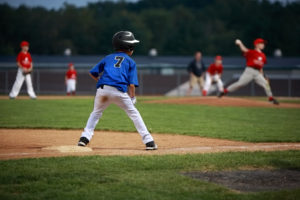 At Little League® International Headquarters and in our Regional Offices, calls and emails come in all year long about situations that are happening at one of our 7,000 local leagues. Many of these calls and emails inform us of some very positive initiatives spearheaded by our millions of volunteers. However, there are also negative situations.

“Don’t Let This Happen to Your League” details a real world scenario, how it has impacted a league, and how you might learn from it.

The names have been omitted in the following scenario, but the situation is real.

In Hometown Little League, during the discussion of new business at a monthly Board of Directors meeting, one of the league’s Major Division team managers, who is also a Board member, asks the Board to approve funding for a youth travel baseball team. Explaining to the Board that a few of the players on his Little League team this season are also on the travel team, including his son, the manager convinces the Board to vote on allocating money raised in the name of the local Little League program to pay for the entry fee into an upcoming travel ball tournament. By way of majority vote, the Board approves the allocation of the funds for the travel ball team, the league cuts the check to the manager, and the travel ball team plays in the tournament.

The Board members who voted not to support the motion and allocation contacted the District Administrator and explained the situation. The District Administrator then communicated the concern and the league’s official decision to the Regional Center and asked for guidance. The Regional Director took the situation under advisement and presented the details to the Charter Committee at Little League International in Williamsport, Pa. The Committee heard the case, discussed the circumstances, and voted to suspend the league’s tournament privileges for the following season. In its written opinion back to the league, the Charter Committee explained that the local league officials should have reviewed the Little League Baseball® Rulebook, citing Regulation I(g). Highlighted in the Charter Committee’s explanation is the provision that states: A local league is not permitted to sponsor, administer, underwrite or otherwise support any team or teams, and/or individual or group, for the purpose of participating in a non-Little League program or event. Violation may result in revocation of charter and/or suspension of tournament privileges.