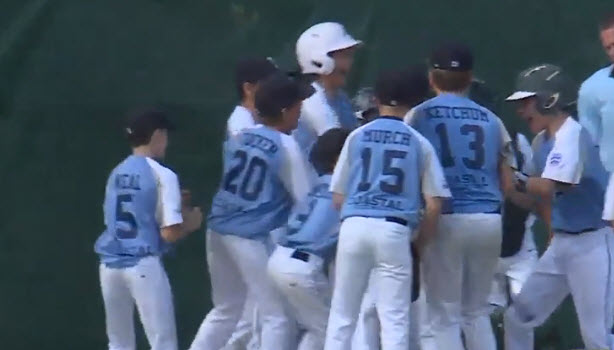 Lucas Ketchum hit a game-winning two-run home run off the scoreboard in center field in the bottom of the sixth inning, giving York a 5-2 victory over Lewiston and a spot in the championship round of the Little League Baseball 11-12-year-old state tournament on Tuesday.

Lewiston plays in Thursday’s elimination game at 5:30 p.m. against the winner of Wednesday’s game between Bronco and Cumberland/North Yarmouth.

The winner will meet York for the state title.

Jack Joyce also homered for York on Tuesday, drilling a two-run shot for a 2-1 lead in the first inning. York nudged the lead to 3-1 before Jeffrey Randall lofted a long home run to the opposite field for Lewiston to tie the game 3-3 in the third.

York’s first two batters reached in the fifth inning, but Lewiston reliever Joe Dube came on to strike out three consecutive batters and end the threat.