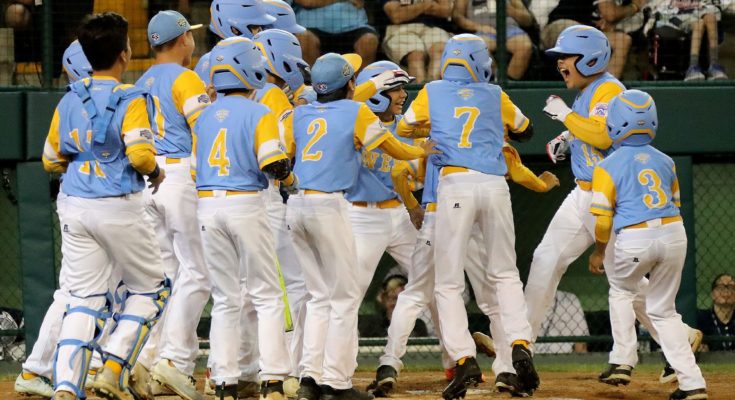 West defeated Mid-Atlantic 10-0 on Wednesday as two pitchers combined to throw a shutout. Ka’olu Holt induced a groundout from Thomas Puglisi to finish off the game.

Sean Yamaguchi led West to victory by driving in five runs. He went 3-for-4 at the plate. Sean drove in runs on a grand slam in the second and a single in the third.

West opened up scoring in the first inning. An error scored one run for West.

West put up five runs in the second inning. The offensive onslaught came from a home run by Sean and a double by Kory Chu.

One bright spot for Mid-Atlantic was a single by Derek Mendez in the fourth inning.

Aukai Kea was credited with the victory for West. He lasted four and a third innings, allowing one hit and zero runs while striking out six and walking one.

Ka’olu threw two-thirds of an inning in relief out of the bullpen.

Chris Bedford took the loss for Mid-Atlantic. He allowed four hits and seven runs over one inning, striking out two.

West launched one home run on the day. Sean went for the long ball in the second inning.

West tallied seven hits. Sean and Aukai each managed multiple hits for West. Sean led West with three hits in four at bats. West didn’t commit a single error in the field. Mana Lau Kong had the most chances in the field with eight.

Derek went 1-for-2 at the plate to lead Mid-Atlantic in hits.