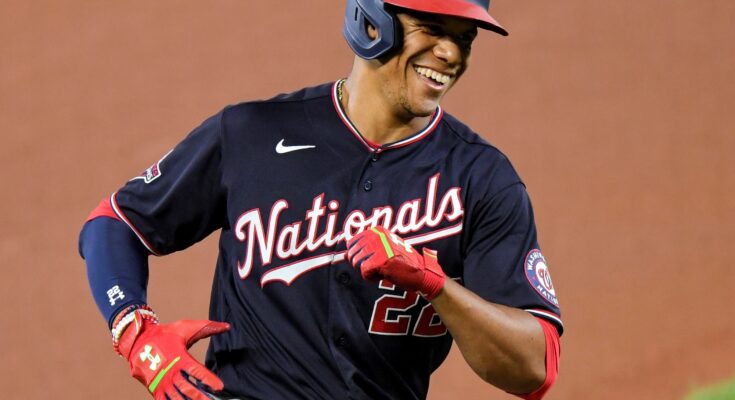 Fresh off earning First-Team All-MLB honors, Nationals slugger Juan Soto appeared on MLB Network to talk about being named one of the best players in the major leagues.

While showing the studio hosts his bat collection, including one signed by former Triple Crown winner Miguel Cabrera, Soto was asked if thought he was capable of achieving that feat.

The Triple Crown is awarded to players who finish a season leading his respective league in batting average, home runs and RBIs. It’s only been done 12 times in MLB history, most recently by Cabrera in 2012. The last National League player to do it was Joe Medwick of the St. Louis Cardinals in 1937.

Soto is still just 22 years old, but he’s already established himself as one of the best players in the sport. In addition to being named to the All-MLB team, Soto also won the NL batting title this season with a .351 average, led the major leagues with a 1.185 OPS, claimed his first career Silver Slugger award and finished fifth in NL MVP voting.

Those numbers become even more impressive considering Soto only played in 47 of the Nationals’ 60 games from the pandemic-shortened 2020 season.

Of course, Soto is also a champion after helping the Nationals win the World Series in 2019. The Triple Crown is a prestigious honor few, if any, great players achieve. But considering the trajectory Soto is on, nothing appears out of reach for the young Nationals star.