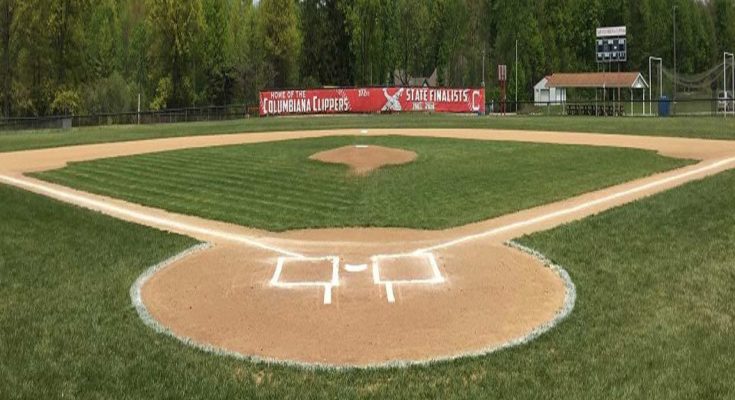 COLUMBIANA, OHIO (WKBN) – With the elimination of spring sports in Ohio in 2020, area seniors lost the opportunity to close their careers playing a sport that they love.  For some area baseball players, they are getting a shot to enjoy the game one more time.

Members of schools from Columbiana, East Liverpool, Lisbon, Salem, South Range, United, and Western Reserve have been enjoying a summer of playing games due to the state guidelines initiated for youth sports in the state.  The 15-game schedule might not be the same as what the participants would have enjoyed in the spring, but it gives them a great opportunity to enjoy the game one more time.

“It’s awesome, I didn’t think I would get a senior season.  This is just awesome, it feels great,” Lisbon’s senior graduate Nick Mundy exclaimed.  “I took two years off, so I basically just played my junior year.  So for now this is it.”

The “league” is the culmination of a vision by coach’s Ryan Wolf at Columbiana and Jake Zatchok from Western Reserve.  Once the state allowed non-contact youth sports, the two collaborated to make their dream come true.

“I had a pretty good plan already put together that I started in April,” Wolf said.  “Jake Zatchok is a friend of mine and last year we kind of worked together and looked at some of the things that worked, and what didn’t.  So he helped me develop a plan and every time I came up with something I would text him or call him.  He helped me send it to these guys (coaches).

He continued, “Lisbon was interested last year.  So a lot of these teams had an interest and now everyone just wants to play.  And it’s seen by how many kids show up to the games.  A lot of work went into it, but once we got started, it was easy.  We got a schedule and everyone wants to be there so there are no problems.”

“It’s just great to get extra games in,” Lisbon’s coach Doug Andric remarked.  “It was an unfortunate situation that happened, but the first thing is the kid’s safety.  It’s great, win, or lose.  To be honest, it really doesn’t matter right now.  Just to see the kids come out and see the smiles on their faces.  Just to compete.  That’s all it comes down for me.”

“It helps the program a lot if you lose a whole season.  Hopefully, next year, looking forward to next year in the spring.  Kids get games in now instead of taking a whole year off.  It’s a big difference when you’re playing a varsity sport.  So we’re coming back and getting games in and everybody is having a blast,” Andric explained the importance of playing games this summer.

“I was hoping we would get to come back,” Mundy said.  “When we knew school was over, it was pretty disappointing.  But when they said we might have a summer league and then when it was finalized, it was awesome because I knew I would get to play at least a couple more games with everyone.  It made my summer.”

He added, “It feels like a normal baseball season which is kind of cool, but at the same time, it feels like a summer league, kind of laid back.  It feels like baseball.  It’s just fun again.”

“Coach Wolf brought everybody into it and set everything up which is great.  It’s nice to have different communities come together and baseball teams.  Seven teams, it’s good that we got that many to be able to do this in the summer,” Andric stated.

“The nice thing about having South Range is that he (Coach James Hanek) has some really good players and they are able to come once in a while, so we are seeing good players, we’re seeing good competition,” Wolf spoke of the 2018 state champion Raiders.

“East Liverpool, I’ve never been to East Liverpool’s field, and it was awesome,” he exclaimed.  “We loved it.  We’re going to play a double-header there Monday and everybody is pumped about it.”

”I got two trophies too,” Wolf added.  “I’m going to have them for the championship game.  It should be fun.”