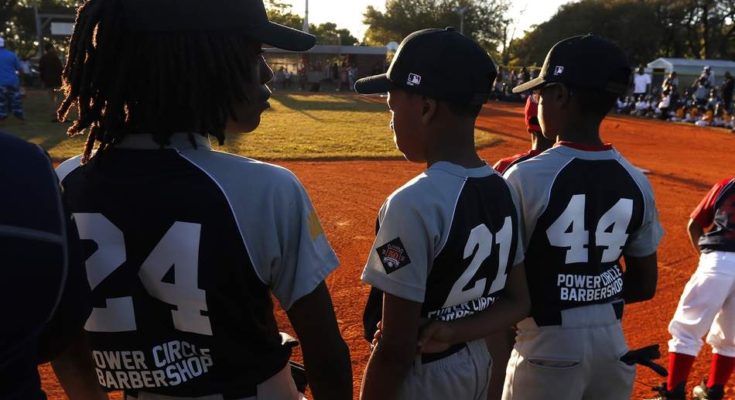 “No question about it, we have history,’’ said Belmont Heights Little League president Artis Gambrell Jr.

In the process, park officials decided to offer a unique baseball history lesson to the league’s new crop of young players.

“Do our kids know about the Negro Leagues? Probably not too much,’’ said James Williams, director of the Belmont Heights major-league division. “But we’re going to teach them. Maybe they get on their phones and Google these teams.

Belmont Heights Little League was formed in 1968 after Tampa’s racial tension erupted into riots. Local parents felt a baseball league would provide a constructive activity for the area’s youth.

Who played at Belmont Heights? There was Dwight Gooden, who captured the National League Rookie of the Year and Cy Young Award. There was Gary Sheffield, a nine-time All-Star who won an NL batting title and collected 509 career home runs.

There were major-leaguers like Derek Bell, Carl Everett, Vance Lovelace and Floyd Youmans.

There was Ty Griffin, a first-round pick and a baseball gold medalist at the 1988 Olympics. There was even Maurice Crum, who became a two-time football national champion and first-team All-American with the University of Miami Hurricanes.

Belmont Heights has established an alumni club, which held a fundraising softball game last summer and continues to seek ways to promote the league.

“We are proud of our heritage,’’ Gambrell said. “We want this season to be a celebration of the people who came before us. Paying tribute to the Negro League teams is another teachable moment. Our league is special and we want our young players to know they’re part of something special.’’