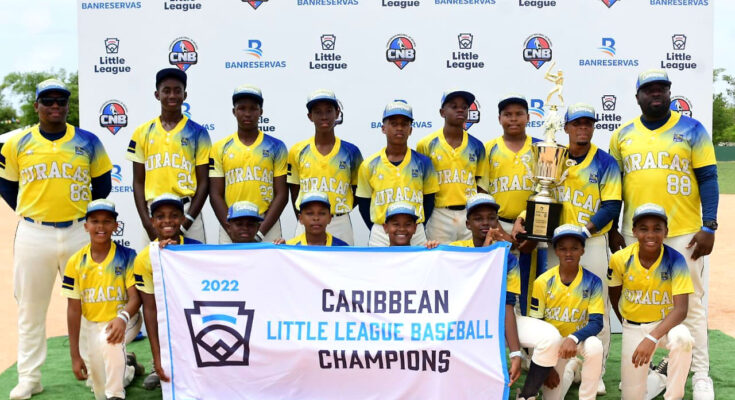 Great to see the international teams back this year at the Little League World Series. Even better to see a Curacao return which has had a great history of success at the tournament. Will be fun to watch their style of play.

Pabao Little League of Willemstad, Curaçao, is set to return to Williamsport this summer to defend the 2019 International Championship Banner at the Little League Baseball® World Series after defeating Cuba, 3-1, to be crowned the 2022 Caribbean Region Champion.

Pabao Little League finished the Region Tournament with a 5-1 record, its only loss coming to the Dominican Republic. With its victory, Pabao Little League makes its 10th trip to the LLBWS and the country’s 14th overall. Curaçao has found great success in Williamsport since its first appearance in 1980 with a 41-23 record to go along with a World Series championship in 2004 and two runner-up finishes in 2005 and 2019.

The 2019 Pabao Little League squad represented the country well, fighting through the elimination bracket after dropping their second game to South Korea to battle through and capture the 2019 International Championship banner over Japan.

In addition to the 2019 team’s Jurdrick Profar, brother of Juremi and Jurickson Profar who both played in the LLBWS with the league, Pabao Little League has seen a number of other notable alumni come through its program over the years, including Jonathan Schoop (2004 LLBWS), Sharlon Schoop, Didi Gregorious, Kenley Jansen (2003 SLBWS), Jair Jurrjens (2003 SLBWS), Shairon Martis (2002, 03 SLBWS), and Andrelton Simmons.

Pabao Little League will play in Game 1 of the LLBWS this year with an opening-round matchup against the Latin America Region Champions on Wednesday, August 17, at 1 p.m. ET in Volunteer Stadium.

The LLBWS 75th Anniversary celebration will continue for the rest of the summer leading up to this year’s World Series in August. More information about the 2022 Little League World Series tournaments, including full schedules and downloadable brackets, can be found at LittleLeague.org/WorldSeries.