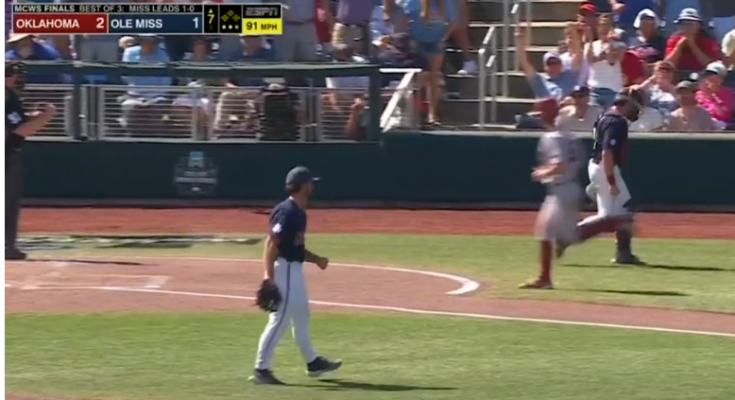 Love seeing these programs winning it for the first time. It is great for the sport and will help grow the viewership if more and more teams have a shot at the title.

The Rebels were on the ropes entering the bottom of the eighth inning. Down 2-1 and with Oklahoma’s Cade Horton dealing, momentum was fully on the Sooners side as Oklahoma tried to force another game.

But with one out and TC McCants on first base after a single, Horton was taken out for Trevin Michael.

With Michael on the mound, Ole Miss’ Justin Bench kicked things off with a single to move McCants to third base. McCants was sent home when Jacob Gonzalez knocked another single to plate him, tying the score at 2-2.

Then came two wild pitches. The first scored Bench to make it 3-2. The second scored Gonzalez to extend the lead to 4-2, adding some insurance.

Prior to that explosive eighth inning, Oklahoma had the pressure on Ole Miss.

The Rebels opened the scoring in the sixth inning when Gonzalez knocked a solo shot to make it 1-0. But the Sooners responded in the top of the seventh. Jackson Nicklaus doubled to left field, scoring a run and tying the game. Then, with the bases loaded, Kendall Pettis was walked, paving the way for Wallace Clark to score and Oklahoma to take the 2-1 lead.