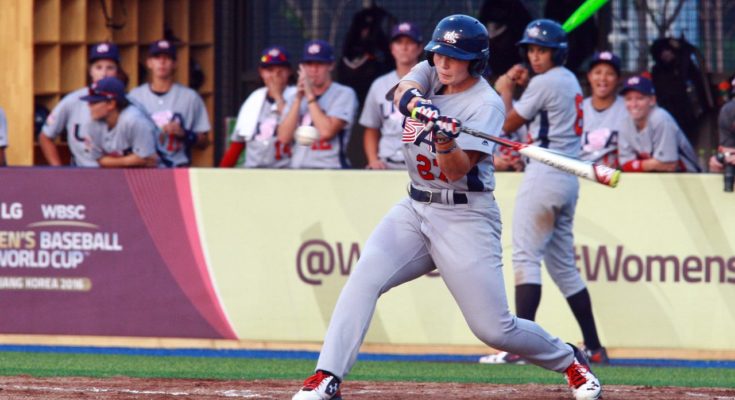 The Women’s Baseball World Cup took a stunning turn Thursday afternoon when No. 6-ranked Chinese Taipei beat No. 2-ranked Canada, bumping the No. 3-ranked United States out of the world championship game. Taipei won 6-4, putting its super round record at 4-1; they will face undefeated Japan in the championship. The U.S. has a record of 2-2 going into its evening game against the Dominican Republic; Taipei’s victory therefore made it impossible for the Americans to advance beyond the third-place game due to the tournament’s ranking of best overall records.

Canada led Taipei with four runs at the top of the first inning at the USSSA Space Coast Stadium in the host city of Viera, Florida. But Taipei’s small-ball game finally got the better of them, after a patient stream of base hits and several errors by the Canadians.

Despite America being the birthplace of modern baseball, the U.S. women’s team does not have the opportunity to play in national women’s leagues, the likes of which exist in other countries. The Americans train together for less than a week before they have to field a team at the World Cup.

Japan is chasing its sixth consecutive World Cup victory, and will face Chinese Taipei on Friday at 6 p.m. ET. Taipei’s catcher Shih-Yun Lee told the press through a translator: “We’ll just play as usual — there is more pressure on Japan.”

The United States plays the Dominican Republic at 6 p.m. ET on Thursday (you can watch live here). Regardless of the results, the U.S. will play Canada for the bronze at 1 p.m. ET Friday. Rewatch the game below.