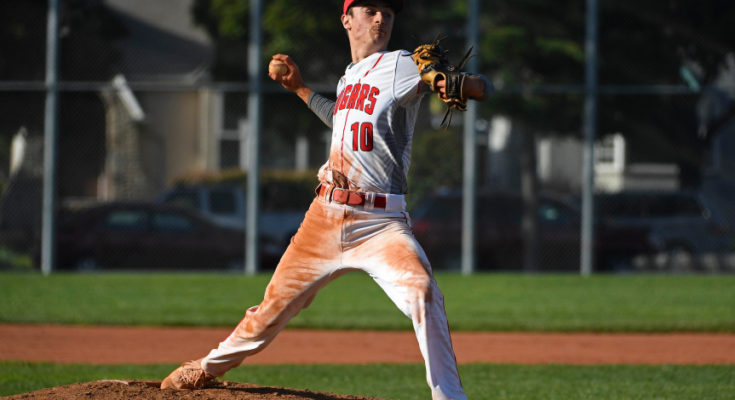 Berkeley had two shutouts last week, including a 4-0 win over San Lorenzo on April 10. The Yellowjackets also shut out San Leandro 2-0 on April 13. Will Moscato fired a four-hitter with six strikeouts in the win, and Justice Paraiso-Caceres was 2 for 4 with an RBI. Esai Santos drove in the other Berkeley run, and Benjamin Seashore Hobson had a double and scored a run.

On April 11, Berkeley scored six runs in the bottom of the fourth inning on its way to an 8-2 victory over San Leandro. Michael Dixon and Caleb Millikan were both 2 for 3 with two runs scored for the Yellowjackets, who entered this week with a 5-0 West Alameda County Conference-Foothill League record.

The Albany High School baseball team scored all six of its runs in the bottom of the third inning in a 6-4 nonleague victory over Alhambra on April 13.

Albany had a couple of big innings the next day against Novato, as the visiting Cougars scored eight runs in the third inning and five in the fourth on its way to a 14-6 win. On April 11, Albany fell to San Rafael 6-1. The Cougars entered this week with a 9-7 overall record and 4-2 mark in the Tri-County Athletic League.

Skyline improved to 3-1 in the Oakland Athletic League standings with two victories over KIPP King. Lucas Blaschka pitched a complete game for the Titans in a 2-1 win on April 12. Then Skyline’s bats came alive the next day in a 12-2 win. Jake Lannon and Nomar Sandoval both had two hits for Skyline.

Bishop O’Dowd lost 7-1 and 4-2 to Alameda last week. The Dragons’ Liam Rizzo was 2 for 3 and slammed a home run for his team’s only score on April 11. Two days later, both PJ Carney and Kaine Montez were 1 for 3 with a run scored. Adam Bail and Rizzo drove in runs in the loss. Bishop O’Dowd entered this week with an 8-7 overall mark and 4-4 record in WACC-Foothill play