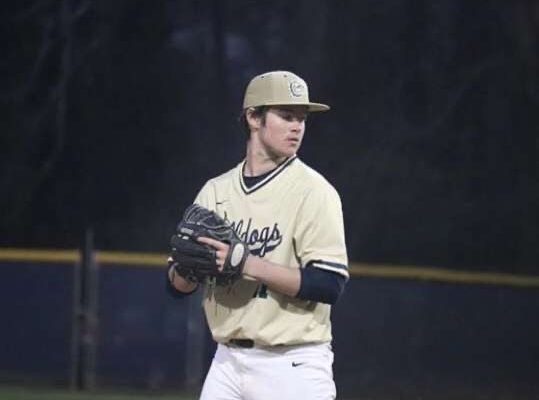 At the start of the season the Decatur High School Varsity baseball team were using the hashtag “Ring Chasing”, with clear intentions of a state championship. Suddenly, due to Covid-19, that was no longer possible. The hashtag they use now? “Let The Kids Play.”

The virus had brought the world to a standstill. In Decatur, Georgia, 19 young men experienced their season come to an abrupt end. Nine of them had unknowingly played their last high school baseball game.

The team ended with an 8-6 record, going 1-0 in region play. Throughout the year they accumulated stats well above national averages, boasting leadership and stars on both defense, and offense.

Senior Jackson Hills has been a star both on the mound and at the plate for the Bulldogs. He says they struggled a little at the beginning of the season, facing “stronger competition,” and “a harder schedule.” In spite of this, he was confident the team was ready for a deep run, noting they had “started to heat up and prepare for another Region championship.”

The beginning of the season left a lot to be desired. They started with only one win in the first four games. They weren’t playing at the level they knew they were capable of.

According to the players, the moment it all clicked was their eleventh game. At the time the Bulldogs had a 6-4 record. The team travelled to Alabama to take part in the Perfect Game High School Showdown, where only the best teams from around the country are invited to participate.

The opponent was at the time number 44 in the country, Smiths Station. The Bulldogs didn’t let their opponent’s pedigree stay that way for long.

They jumped out to a 2-1 lead in the 1st inning and didn’t look back. They ended with an impressive 11-3 win. Starting pitcher Eddie Galatas, a third-year varsity player, threw all seven innings with nine strikeouts. Galatas says, “from that game on, the bats were alive.”

Galatas and the team were hoping those bats would go on a run to a championship. However, they only were able to hit for three more games. Winning their unexpected last game of the season, but first region game, 12-0 against Maynard-Jackson.

Last season, Decatur made it to the Final Four. Decatur Class of 2019 Alumnus, John Griffin Stanford, spoke on why he believed last year’s team was successful. “We had more leadership and team chemistry than I’d seen at Decatur Baseball in a few years.” It’s hard to talk about last year’s success without mentioning this year’s 2020 senior class, “We had a stacked junior class right behind us, that made our lineup dangerous from top to bottom.”