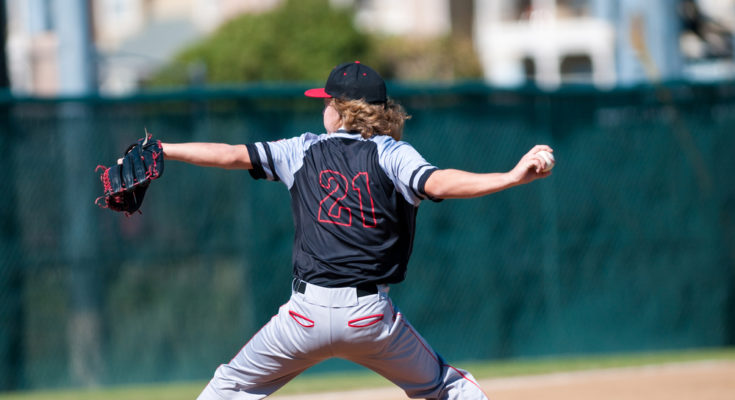 It’s a startling, alarming statistic – a study found nearly 60 percent of Tommy John surgeries in the United States are being performed on baseball players under the age of 19.

More and more youth baseball pitchers are getting the surgery, which reconstructs the ligament on the inside of the elbow which has torn or broke down.

The main cause? Overstressing and overusing the elbow.

Lehman, a nationally-renowned surgeon and specialist in Tommy John surgery for Major League players, said kids are pitching more innings than ever before and, unfortunately, there’s an emphasis on speed.

“Your pitching coach, your dad, everyone is telling you (that) you got to get your velocity up, so what are you working on? You’re working on throwing harder and harder,” Lehman said.

Lehman recommended the surgery for youth pitchers only in certain cases. He said younger individuals heal so well. In fact, they may never need the surgery.

“I have had probably 8-10 of them at 13-14 years old that I thought probably were going to play MLB and most have and based on that, I think it’s the right thing to do,” he said.

Gators Baseball Academy, one of the largest in the St. Louis area, with 650 kids and 55 teams, hasn’t had any kids opt for the surgery. They put an emphasis on monitoring their pitchers’ innings.

“We’ve got enough science and doctors behind us and history telling us what is right and wrong,” said Seth Von Behren, director of player development for Gators Baseball Academy. “We are asking what they’re saying. They’re much smarter about the arm and understanding the body than we are.”

The academy uses Premiere Pitching Performance – a new, unique organization which educates the individual and their family.

“We are looking at range of motion, body alignment, video of throwing at a thousand frames a second, taking information and applying to a person’s individualized chart,” said Josh Kesel, Premiere Pitching and Performance.

Lehman said he’s constantly asked if Tommy John surgery is good for kids who are not hurt but parents wanting to try and avoid it in the future.

“…the answer is no! It’s a ridiculous question,” he said.