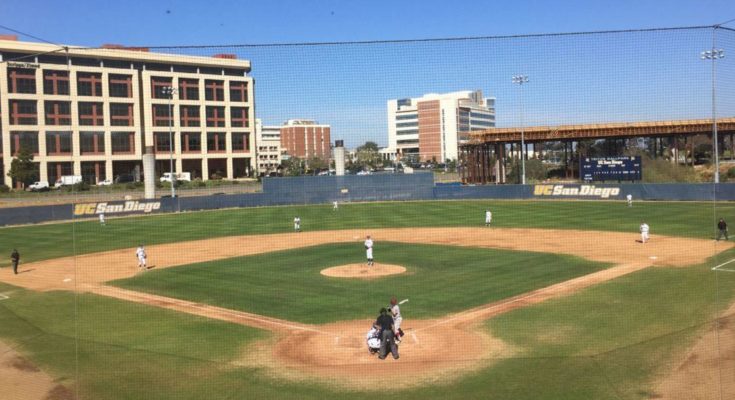 STOCKTON, Calif. – The 2019 CCAA Baseball Tournament bracket has been filled, and the top line is filled by regular-season champion UC San Diego.

The Tritons earned the crown after sweeping Cal State East Bay in the last weekend of the regular-season, effectively dashing the Pioneers’ chances at a postseason appearance in the process of securing the No. 1 seed. UC San Diego will take on No. 6 seed Cal Poly Pomona in the first game of the 2019 CCAA Baseball Tournament, on the docket for Wednesday at 11 a.m. from Banner Island Ballpark, home of the Stockton Ports.

UC San Diego’s well-rounded effort on the field features the league’s best scoring offensive averaging 7.0 runs per game but also the conference-leaders in earned run average where pitchers allow just 3.07 runs a night, good for fourth in the country.

Although the Broncos squeaked into the bracket, Cal Poly Pomona has to hold confidence with their first-round matchup as ace Tim Holdgrafer no-hit the Tritons on Feb. 22, and the squad split the four-game regular-season series against the champions. The no-hitter was one of five shutouts dealt by the Broncos, which rates 14th nationally.

The second game of the day will feature No. 2 seeded Cal State Monterey Bay and San Francisco State. A rematch from last year’s opening round No. 6 vs. No. 1 matchup, last year’s regular-season champions bested the Gators in a 14-11 slugfest to open the 2018 brackets.

The third and final pairing to came to fruition on the final day of the regular-season, as the Nos. 3 and 4 seeds were determined in Turlock. Chico State took two from Stanislaus State as the Wildcats claimed the higher seed of the pair, but the two face a quick turnaround before meeting a familiar face. The two meet up in Wednesday’s nightcap, less than 100 hours since last taking the diamond against each other.

The six teams will square off with one another in the double-elimination bracket until one remains. The victor will earn the CCAA’s automatic bid into the NCAA regional field.

Tickets to see the CCAA Tournament from Stockton’s Banner Island Ballpark are available for purchase online here. In a continuing partnership in 2019, fans can watch the final three days on Eleven Sports USA or stream live at baosn.tv. Check local listings for more information.