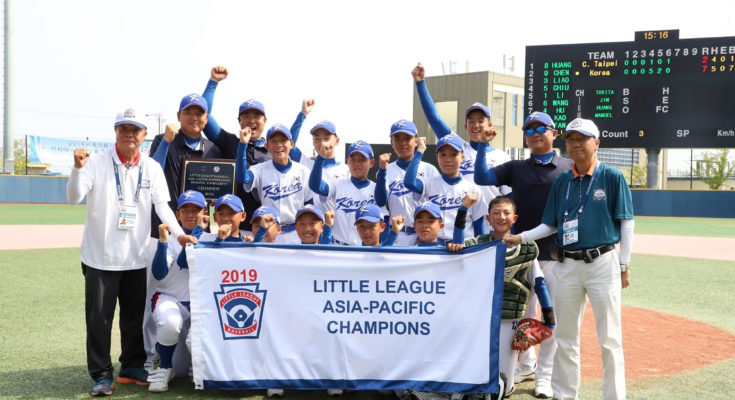 Chung Nam (B) Little League from South Chungcheong, South Korea, has officially earned a spot in the 2019 Little League Baseball® World Series as the Asia-Pacific Region Champion after a 7-2 victory over Chinese-Taipei, becoming the first team from outside of Seoul to earn a bid.

Chung Nam (B) Little League went undefeated in the Asia-Pacific region tournament, outscoring their opponents 78-8 over the course of seven games. Chung Nam (B) LL will be the seventh team from South Korea to be heading to Williamsport, five of which came in the last six years. Last year’s team from South Korea finished as the runner-upin the Championship Game against Honolulu (Hawaii) Little League.